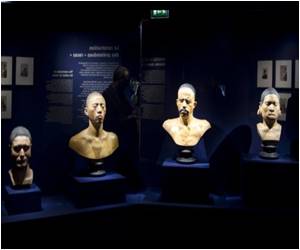 Following a provocative gesture by a French comedian that sparked global controversy, the French President Francois Hollande has claimed that he would be "intransigent" on racism.

French striker Nicolas Anelka triggered a media outcry when he used the 'quenelle' gesture, performed by putting one arm across his chest and straightening the other, during a weekend football match.

Described by critics as an 'inverted Nazi salute', it was popularised by the outspoken comedian Dieudonne, who has been fined repeatedly for hate speech and racial discrimination.

His comments came a day after French prosecutors launched an investigation into whether Dieudonne was guilty of inciting racial hatred for joking about "gas chambers" while talking about a Jewish journalist.

But they also play into a broader debate about racism in France, after taunts directed at the country's black justice minister earlier this year.

Christiane Taubira, the most prominent black politician in France, suggested public taboos about racism in France may be breaking down after she was subjected to a series of public racist slurs.

A right-wing magazine, a candidate of the far-right National Front and a group of children all compared her to a monkey.

Dieudonne maintains that he is not anti-Jewish, while Anelka said that he considered the 'quenelle' gesture to be "anti-establishment" rather than anti-Semitic.

The striker faces a minimum five-match ban if the Football Association decides he is guilty of discrimination.

Francois Hollande Demands Probe As Newborn Dies In Clinic Dash
After a mother lost her baby in giving birth in a car on her way to hospital because the clinic ......

Dutch 'Black Pete' Racism Claim Pondered by UN Body
A media report has revealed that the UN human rights body is mulling whether a Dutch caricature ......