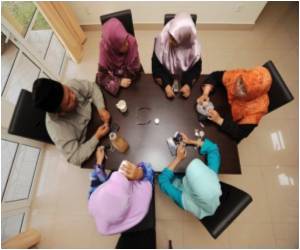 France's interior minister Brice Hortefeux has warned that citizenship of immigrants will be withdrawn if they practise polygamy.

Hortefeux said there were "possibilities to have nationality withdrawn in the case of polygamy, genital mutilation and serious wrongdoing", the Telegraph reported.

The punishment would not apply only to immigrants, but also to those who have a foreign background, even if they were born in France.


Hortefeux spoke out after an Algerian-born French Muslim was questioned by the police about regularly raping a woman he was involved with between 2003 and 2007.
Advertisement
He has already been charged with claiming thousands of pounds worth of state aid for 15 children he had with four different women.

Hortefeux said that if the man was found guilty he wanted him stripped of his nationality as part of a "national war on delinquency".

He said he would submit his new proposals later this month, and they could technically be made law by the end of the year.

Polygamy Causes Unhappy Families, States Malaysian Study
Polygamy imposes a severe financial burden on Malaysian men who are hard-pressed to meet all the ......

Polygamy Bill Amended by Iran MPs After Protests
Iranian MPs on Monday amended a new family bill that would have made it easier for men to have ......

Malaysia Witnesses a Rise in Polygamy
Rohaya Mohamad, a 44-year-old Malaysian doctor, chats happily about her plans for the evening, a ......