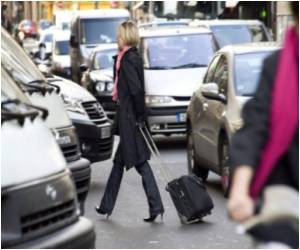 After it became the latest casualty of a much-contested law banning late-night work, French cosmetics maker Sephora said it would appeal a court order to close its flagship Paris store by 9 pm.

In a case that has reignited debate over French attitudes to work, employees of the store have attacked the unions that brought the case for preventing them from opting to work longer hours for extra pay at a time of record unemployment.


Under French law, companies can ask employees to work between 9:00 pm and 6:00 am but such shifts have to be "exceptional" rather than the rule and justified by a tightly defined set of criteria.
Advertisement
Sephora, whose main Paris store makes 20 percent of its total earnings in post-9 pm sales, said it will comply with the ruling pending the outcome of the appeal.

It had been keeping its Champs-Elysees store open until midnight on weekdays and up to 1:00 am on Fridays and Saturdays to capitalise on demand for late-night shopping opportunities from tourists visiting the French capital.

The ruling gave the company little option but to comply. Had it not, it would have had to pay a fine of 80,000 euros ($108,000) for every day it opened after 9:00 pm and for every employee working after that time.

The move to get the store to close was initiated by the Clic-P umbrella grouping of five unions.

Prior to Monday's ruling, 58 of the store's 200 employees would regularly volunteer for late-night work, and several of them were left fuming over the unions' initiative.

Sephora saleswoman Ines Sampiecro told AFP: "We have been stabbed by the unions."

A 29-year-old employee who identified himself as Emmanuel said the decision was a "disaster".

He told Le Parisien newspaper Tuesday that the double pay for working nights and holidays covered nearly all his rent.

But Eric Sherrer from the Clip-P union grouping said Sephora employees were "blackmailed" into working night shifts and had been forced to sign a petition that they wanted to carry on doing them.

Bertrand Delanoe, the Socialist mayor of Paris, backed the court ruling, despite intense pressure from many retailers in the capital to allow more Sunday opening.

"Work outside of normal hours cannot become a regular thing, it has to remain the exception," Delanoe said.

But Rachida Dati, a former government minister for the opposition UMP party, attacked the decision as an over-strict interpretation of the law.

After the string of high-profile successes, the Clic-P grouping is now training its guns on US casual wear retailer Abercrombie & Fitch and French parfumier Marionnaud.

Those opposed to late-night work argue it can lead to ill health, notably by increasing the risk of cancer, and that it is bad for family life.

According to France's labour ministry, about 15 percent of the country's workers -- or some 3.5 million people -- worked night shifts in 2009, either on a part-time basis or full-time.

France may Ban Beauty Contests for Girls Under 16
To prevent what a parliamentary report called the "hyper-sexualisation" of children, the French ......

France Toughens Ban on Religion in Schools
A new charter is being unveiled by France, which is designed to reinforce rules banning religion ......

Study Discovers That Tour De France Riders Live Longer
A reputation for premature deaths, either from tragic crashes on the road or from dangerous ......