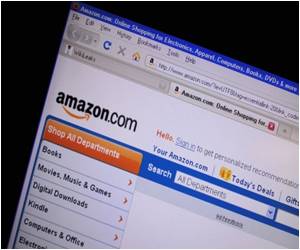 France criticized a decision by Amazon to ban the sale of foie gras on its British website, in the wake of an animal rights campaign accusing producers of the delicacy of "very un-British" cruelty.

Activists have for years campaigned against the sale of foie gras, saying the practice of force-feeding ducks or geese in order to make the French gourmet item is cruel and amounts to torture.


"I once again want to point out the efforts made by French producers over the years to maintain real product quality while respecting the animal's well-being," he said.
Advertisement
The site Amazon.co.uk, which on Monday added "foie gras" to a list of prohibited animal products including "whale, dolphin and shark parts", would not comment on the reasons behind the ban.

But animal rights campaign group Viva! said the move followed pressure by the organization, which earlier this year presented the US online retailer with "evidence of the abject suffering" caused by foie gras production.

A petition against the sale of the delicacy was also signed by more than 10,000 Amazon customers and Viva! supporters.

Foie gras - which literally means fatty liver - is hugely popular in France, where it is eaten at Christmas and on other special occasions, but ongoing controversy over production of the delicacy has given it a bad name in other parts of the world.

The sale of foie gras has been outlawed in California, while Britain's House of Lords has taken it off the menu.

Garot said he was nevertheless "very confident" about the future of the foie gras industry, which employs nearly 100,000 people directly and indirectly in France.

"I defend this sector because of jobs but also because of a certain idea of gastronomic heritage," Garot added.

The minister is due shortly to travel to South Korea for a visit partly aimed at promoting foie gras sales in the hope of repeating the kind of boom in sales the product has recently enjoyed in Japan.

Amazon Accused of Making Big Profits by Selling E-books on Terror and Violence
Amazon, the online books giant is having to give some answers after facing flak over making big ......