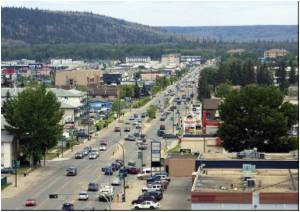 The announcement extends a de facto New York ban on the practice, which offers the potential to unlock vast quantities of natural gas but which has come under intense scrutiny from environmentalists.

The energy industry complains that New York has lost jobs and investment by not following neighboring states by drilling into Marcellus, a huge shale rock formation in the eastern US.


But Cuomo's announcement was welcomed by environmental groups.

Hybrid cars and natural gas-fuelled cars are more environment friendly than vehicles running on gasoline, due to reduced carbon dioxide (CO2) emissions.
Advertisement
"With this announcement, the governor has listened, ... demonstrating both courage and national leadership on this critical issue," she added.

Some US states and other countries have moved to ban certain types of fracking, although the industry contends the techniques have been in use for decades and are safe.

Hydraulic fracturing or "fracking" allows high-pressure injections of water, sand and chemicals to blast through rock to release oil and gas trapped inside, which has boosted US oil production.

Concerned about global warming? Look no further; we've decoded some of the best solutions you can adopt to help create a better environment at the individual level.
Advertisement
Advertisement
This site uses cookies to deliver our services.By using our site, you acknowledge that you have read and understand our Cookie Policy, Privacy Policy, and our Terms of Use  Ok, Got it. Close
×