Four people have lost their lives and nearly 100 others infected by a suspected norovirus outbreak at a hospital in Yokohama, Japan. 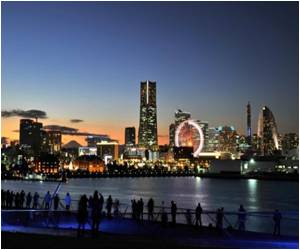 Four patients aged between 80 and 97 died of breathing problems and pneumonia between Wednesday and Friday after suffering vomiting and diarrhoea, officials at the city's Denentoshi Hospital said late Saturday.

A total of 72 patients including the four and 27 hospital staffers have been infected since Tuesday, they said.

The norovirus, which strikes in winter and causes vomiting and diarrhoea, killed six elderly patients at a hospital in Miyazaki in the south and two others at a hospital in the western city of Osaka earlier this month.

It is highly contagious and typically transmitted from person to person.

The virus has been detected in stool samples from 11 of the infected people in Yokohama, the hospital's director Seiji Shibuya told a news conference.

"Many patients are still suffering from the symptoms and we can't see an end to the situation," Shibuya said. "We apologise for our inability to prevent it."

Norovirus or winter vomiting bug, the virus that spoils your vacation, is the leading cause of food-borne disease and a major cause of food contamination.