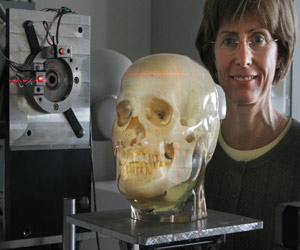 A four and a half year old child with severe disability of craniovertebral junction (CVJ) - where the skull and upper cervical spine are joined together - has been cured through a rare surgery, doctors said.

The operational method used for the cure was considered dangerous till now.

A new method to help determine when surgery is needed for children with metopic craniosynostosis has been developed by researchers.
Advertisement
‘In craniovertebral junction, a disease common in India, the region consists of the occipital bone that forms the base of the skull and the first two bones of the spine which are in the neck called the atlas and axis.’

According to doctors, such abnormalities can often prove to be life threatening as nerves inside the spinal cord leading to the brain and the brain stem get damaged or squeezed during surgery.


Doctors at city based Sir Ganga Ram Hospital (SGRH) said when the child was diagnosed with the CVJ disorder last year, he was unable to move or lift his legs. The patient would often have a stiff neck, heaviness of the head along with respiratory problems.

Baby Missing Back of the Skull Survives in Utah

At 23 weeks of her pregnancy, Alyssa was informed that her baby was suffering from a rare disorder called as encephalocele.
Advertisement
"He was way too young to be operated for such a complex decompression and fusion surgery in craniovertebral region. Though complicated, the surgery is the last resort and only hope for survival of such advanced cases," said Satnam Singh Chhabra, head of neuro surgery department at SGRH.

In CVJ, a disease common in India, the region consists of the occipital bone that forms the base of the skull and the first two bones of the spine which are in the neck called the atlas and axis.

Chhabra said usually such congenital cases become worse over the years either due to some injury, accident or trauma which leads to further progression of symptoms thereby worsening the patient's condition.

However, considering the complexity of the patient's condition, the doctors performed the surgery. After a successful surgery, the patient took almost a year to recover completely.

"Today, after almost a year of his surgery, Rahul has not just recovered well, but is able to walk around without any help/support, and is leading a normal life. His parents too are relieved to see their young boy moving around like other children of his age group," said Chhabra.

"Any delay in treatment can cause permanent disability. Generally diagnosis of the condition is based on physical examination, and confirmatory tests like magnetic resonance imaging (MRI) dynamic and static views, or computed tomography (CT) scans and lateral view of X-Ray," said Chhabra.

Snakes lost their legs when their ancestors evolved to live and hunt in burrows, which many snakes still do today.
Advertisement
<< Scientists Uncover Interactions Between Bacteria That Infec...
Make Your Skin, Hair Ready For The Summer >>

The 15-hour surgery was performed by about 50 health care professionals from Houston Methodist Hospital and the University of Texas MD Anderson Cancer Center.