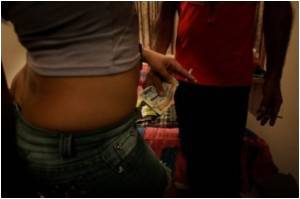 A former teen prostitute has taken Village Voice Media to court for encouraging sex trafficking by allowing pimps to post ads on the site.

The 15-year-old, known only as M.A. in the lawsuit, claims that she was forced into prostitution by her pimp Latasha Jewell McFarland when she was 14.

McFarland, who has since pleaded guilty to prostitution charges in a federal court, took pornographic photographs of M.A. and advertised her as a paid escort on Village Voice Media's Backpage.com in 2009 and 2010.


Robert Pedroli, lawyer for the Missouri teen, revealed that the company was an "active participant in a crime which they know is going on but they're failing to investigate because they're making money".

Pedroli said his client is seeking 150,000 dollars for each pornographic photo that was published. Pedroli said there were at least four ads.

Village Voice Media has on the other hand issued a press release slamming Pedroli, calling him an "attorney attempting to milk a tragedy".

"The claim that we knowingly assisted McFarland in committing criminal acts is a lie fabricated by a trial lawyer looking for a payday," the New York Daily News quoted the statement as saying.

It also said that the pimp violated the website's terms of use and that Backpage.com's records even helped convict McFarland, and that the company had previously testified in five underage cases.

"The responsibility, under the law, rests with the person supplying the post," the statement read.

But Pedroli said that by maintaining the forum, Village Voice Media is abetting and aiding sex trafficking, and that the ads have "significantly damaged" his client.

China's Anti-Prostitution Campaign Conveniently Ignores Shanghai
Shanghai has failed to show up in a high-profile nationwide campaign against prostitution among a roster of 26 Chinese cities, giving rise to speculations that the local police want
READ MORE