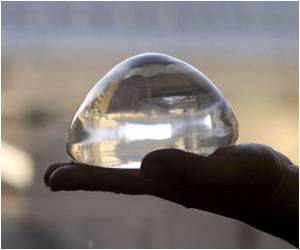 Her deepest desire to look like a Barbie doll led Alicia Douvall to undergo more than 300 cosmetic surgeries. She is said to be 'the most surgically enhanced woman', even beating American Cindy Jackson.

Alicia Douvall, has now been diagnosed with body dysmorphia, which is a form of mental illness linked to extreme anxiety where the victim is dissatisfied about the way they look.

She has coughed up more than $1.4million on breast enhancement procedures, toe shortening surgeries and numerous facelifts.


Her work and the stresses associated and a troubled childhood has perhaps made her into a woman who is so dissatisfied with herself that she wants to change everything about her.
Advertisement
Alicia approached cosmetic surgeons obsessively. She also sought rehabilitation on three occasions. Now, she blames her plastic surgeons for encouraging her obsession to look like a Barbie and has warned other victims with such abnormal desires to seek psychiatric help rather than approach cosmetic surgeons who might take advantage of vulnerable people.

Alicia has accepted that she needs treatment for the mental illness which has caused her to hate the way she looks. ''I took a Barbie doll to one medical consultation to show them exactly what I was after. But none of these doctors tried to stop me. I think they just wanted my money. Clearly I have had more than Cindy Jackson but I don't want my name in The Guinness Book of Records. I can't think of anything worse," Alicia said.

'I look at pictures of myself before I had surgery and realize I wasn't bad looking. I wish one of those doctors had told me to get help. I have had a lot of reconstructive work done by very good surgeons but now I look in the mirror and all I see is scars,' she added.

More News on:
Anti-aging Secrets to a Younger You Cosmetic Surgery and the Risk Factors Cosmetics Mineral Makeup Nail Biting

Cosmetic Surgery and the Risk Factors
Cosmetic surgeons can reshape your face and body with innovative techniques. Botox, face fillers, .....

Rhinoplasty
Want a Roman nose? Travel abroad and explore the option of having surgery done at affordable ......

Liposuction
Liposuction is a cosmetic procedure, which is used to suck out the excess or abnormal fat ......

Breast Augmentation
Losing sleep over the size of your breasts? Then wake up to breast enlargement! Consult us our ......