Forefathers Resposible for Tan or No Tan 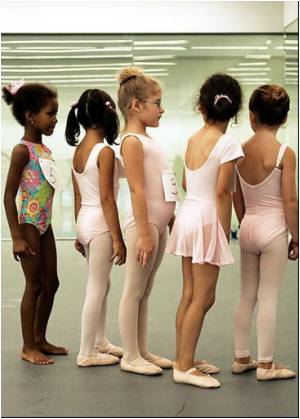 A tan or no tan is the result of the choices people in the past made on where to live, state Penn State anthropologists.

Nina Jablonski, along with George Chaplin, looked at the way the sun illuminates different parts of the Earth.

They looked at levels and angles of incidence of both ultraviolet A and B radiation at various latitudes.


Ultraviolet B radiation is much more variable than ultraviolet A as latitude increases due to atmospheric scattering of the light and absorption by oxygen.

Pigmentation Gene Could Be Key To Breast Cancer Survival

Australian scientists say that a skin pigmentation gene could be key to survive breast cancer. The gene is also associated with hair and eye colour.
Advertisement
Ultraviolet B radiation produces vitamin D in human skin. Ultraviolet radiation can, however, destroy folate. Folate is important for the rapid growth of cells, especially during pregnancy where its deficiency can cause neural tube defects.

"What we now recognize is that some of the medical problems seen in darkly pigmented people may be linked at some level to vitamin D deficiency. Things like certain types of cancer in darkly pigmented people and in people who use a lot of sunscreen or always stay inside could be partly related to vitamin D deficiency," she added.

Scientists have understood for years that evolutionary selection of skin pigmentation was caused by the sun.

As human ancestors gradually lost their pelts to allow evaporative cooling through sweating, their naked skin was directly exposed to sunlight.

In the tropics, where human ancestors evolved and where both ultraviolet radiations are high throughout the year, natural selection created darkly pigmented individuals to protect against the sun.

"Past arguments about the selective value of dark pigmentation focused on the protective effects of melanin against sunburn, skin cancer, and overproduction of vitamin D. These factors can no longer be considered significant selective pressures," reported the authors.

"We actually demonstrate that in those middle latitudes where highly fluctuating levels of ultraviolet radiation occur throughout the year, tanning has evolved multiple times as a mechanism to partly protect humans from harmful effect of the sun," said Jablonski.

The tanning process evolved for humans who by and large were naked all the time.

As the ultraviolet B radiation began to increase in the early spring, the skin would begin to gradually darken. As the sun became stronger, the tan became deeper. During the winter, as ultraviolet B waned, so did the tan, allowing Vitamin D production and protecting folate.

The researchers note that the ability to tan developed in a wide variety of peoples and while the outcome, tanablity, is the same, the underlying genetic mechanisms are not necessarily identical.

Implications for today focus on the fact that depigmented people now live in tropical and subtropical areas where besides getting sunburned they run the risk of losing folate.

Highly pigmented people live in higher latitudes where they may become vitamin D deficient, especially if they use sunscreens.

"It is a conspiracy of modernity. The rapidity at which we can move long distances and live far away from our ancestral homelands. The fact that we can live and work indoors. All this has happened within the last 500 years and especially within the last 200 years," said Jablonski.

The study was published in a recent issue of the Proceedings of the National Academy of Sciences.

Albinism or hypopigmentation is a genetic disorder characterized by the complete or partial absence of pigment called melanin in the skin, hair and eyes. There is no known way to prevent albinism or hypopigmentation.
Advertisement
Advertisement
This site uses cookies to deliver our services.By using our site, you acknowledge that you have read and understand our Cookie Policy, Privacy Policy, and our Terms of Use  Ok, Got it. Close
×