For The First Time In 50 Years, Cuba Announces Ease On Car Imports 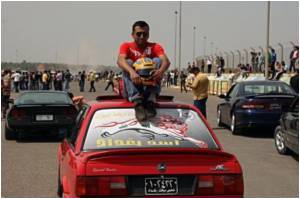 Cuba has announced that it will ease restrictions on car imports for the first time in half a century. This marks the end of an era that made icons of the island's vintage automobiles.

The official newspaper Granma said the decision to allow cars to be imported for sale at market prices on the island was taken Wednesday by Cuba's council of ministers.

It said the decision will gradually free up retail sales of all manner of vehicles -- automobiles, vans, trucks and motorcycles -- and end the practice of granting some Cubans special permission to bring in vehicles as a privilege.


Granma acknowledged the so-called "letters of authorization" issued by the transport ministry had generated "resentment, dissatisfaction and, in not a few cases ... (were) a source of speculation and enrichment."
Advertisement
Holders of the letters, however, will still be first in line to buy cars while the new system is phased in, Granma said.

Opening Cuba's domestic car market to imports is likely to have fateful consequences for the lovingly maintained 1950s Chevys, Fords and Pontiacs that have survived a 50-year-old US embargo.

No official figures are available on Cuba's automobile fleet, but experts believe there are around 60,000 American cars still circulating on the island.

Mixed in with them are Soviet-made Ladas and Moskvich cars made in the 1970s and '80s and more modern, usually Asian-made, vehicles imported by the government.

Mint condition Cadillacs, Chryslers and Oldsmobile convertibles can still be seen carrying tourists around Havana, but most of the rolling relics from pre-revolutionary Cuba are now used for collective public transportation.

The government in September 2011 allowed Cubans and foreigners living on the island to sell their used cars to one another.

Granma provided few specifics on how the broader car market will work, saying the new rules would be made public in the coming days.

But it said pricing of new vehicles should be similar to that for used vehicles sold privately.

That suggests the government will impose hefty taxes on sales of imported vehicles.

Because of the restricted supply, car prices in Cuba are already astronomical.

A basic Lada in good condition, for example, sells for around $12,000, about as much as a '57 Ford that has gotten decades of use as a taxi.

A Cadillac convertible, like those that cruise the Havana waterfront with tourists aboard, can cost up to $80,000.

For most Cubans, with salaries that average just $20 a month, owning a car is still just a dream.

In the meantime, Granma said, proceeds from car sales are to go to finance upgrades to Cuba's public transportation system.

Source: AFP
Advertisement
<< Researchers Claim Fungus Could Help Us Fight Against Mosqui...
'Zubie' Is A Car Monitoring Device Which Can Share Informat... >>

Cubans, Soap Operas and 3 Decades Of Entertainment
For the past three decades,for an hour a day, Cubans forget their litany of woes with the help of .....

Cubans Get Public Internet Spots at a High Price
Provided they can afford the high prices, Cubans barred from logging onto the Internet at home can ....