Smoking Cessation Therapies Should be Funded by Government 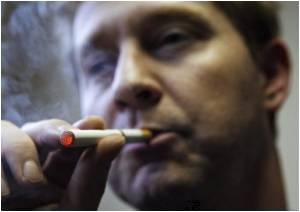 An editorial in CMAJ (Canadian Medical Association Journal) says that Canada should follow the lead of Quebec, Australia and the United Kingdom by publicly funding smoking cessation pharmacotherapies.

Some 5.5 million Canadians (19% of the population) currently use tobacco, a number that has not decreased in recent years. A 2009 review of studies indicates that full financial reimbursement of smoking cessation medications significantly improves one-year abstinence rates among all smokers. And those who quit live, on average, an additional four years. Fully funding these tools in Canada could result in a gain of 1.9 million life-years, at a cost of $220 for every life-year gained, which is a bargain compared with other health interventions.

Currently, only Quebec publicly funds all smoking cessation pharmacotherapies, and only the Yukon and Prince Edward Island reimburse for at least one product. In Australia and the United Kingdom reimbursement is available without restriction for all products, including prescription medications and over-the-counter nicotine replacement. In the United States, these products are reimbursed by Veterans Affairs and Part D Medicare.


The editorial writers propose immediately including smoking cessation therapies in all provincial drug formularies so that smokers over the age of 65 and those receiving social assistance can have free access. Then "follow the lead of other countries and reimburse smoking cessation therapies for everyone," write Erika D. Penz and Braden J. Manns of the University of Calgary, Dr. Matthew B. Stanbrook, Deputy Editor Scientific and Dr. Paul Hebert, Editor-in-Chief. "An appropriate source of funding for this is obvious: the substantial tax revenues collected with the sale of every tobacco product."