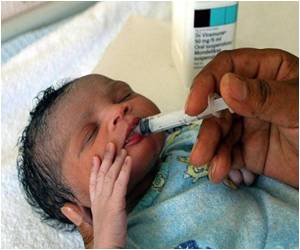 But with appropriate treatment, there's an excellent chance of good long-term outcomes even in severe cases of PFSDH, reports a study in the May issue of Neurosurgery, official journal of the Congress of Neurological Surgeons. The journal is published by Lippincott Williams & Wilkins, a part of Wolters Kluwer Health.

The results support an "aggressive" approach to evaluation and treatmentincluding surgery, if necessaryin even very severe cases of PFSDH in newborns, according to Dr. Thomas Blauwbomme of the Hôpital Necker-Enfants Malades, Paris, and colleagues.


Good Results of Surgery in Newborns with PFSDH... Posterior fossa subdural hematoma is a potentially life-threatening condition in which a collection of blood (hematoma) occurs in an area at the base of the skull (posterior fossa). Pressure on the respiratory and cardiovascular centers in the brainstem can lead to serious disability or death. Less than 100 cases of PFSDH in newborns have ever been reported in the medical literature. "Excessive fetal head molding during the delivery process is the most commonly recognized cause," the researchers write.
Advertisement
To clarify the treatment and outcomes of this rare condition, Dr. Blauwbomme and colleagues analyzed 16 newborns with PFSDH seen at their children's hospital neurosurgery department since 1985. Most of the infants had difficult deliveries, such as use of forceps or breech birth.

Symptoms developed within the first day after birth in nine infants and in a few days to weeks in seven. Early symptoms were generally related to brainstem compression, while delayed symptoms were related to increased pressure within the skull (intracranial pressure).

All infants were admitted to intensive care immediately after PFSDH was diagnosed. Eleven infants underwent surgery when their symptoms did not resolve with medical treatment. In most cases, surgery consisted of a careful procedure to wash out the hematoma in the posterior fossa area. In some infants, external drainage of the hematoma was possible.

...With Good Outcomes at Long-Term Follow-Up In all cases, surgery was successful in eliminating the hematoma and normalizing intracranial pressure. Two infants required shunt placement to keep fluid from building up in the skull (hydrocephalus). All 16 infants survived.

On long-term follow-up, five of the children had neurological deficits, which were severe in one case. However, the rest had relatively minor neurological abnormalities, such as partial hearing loss or problems with eye movement (oculomotor palsy).

Most patients with who were followed up to adolescence or young adulthood were attending normal school or independently employed. The changes of such good outcomes appeared lower for patients whose PFSDH involved a part of the brain called the cerebellum.

Because PFSDH is so rare, neurosurgeons have little experience with or information about its treatment and long-term outcomes. The new study suggests that, with appropriate evaluation and treatmentincluding surgery, if neededmost infants with this condition will survive with good long-term neurological functioning.

Dr. Blauwbomme and coauthors emphasize that successful treatment and good long-term outcomes are possible even in the most severely affected infants with PFSDH. They conclude, "Initial aggressive resuscitation should be performed even in cases of initial severe brainstem dysfunction because of the good long-term neurological outcome."

Two in Five Newborns in Europe Born Outside Wedlock
Two in five newborn babies in Europe are born outside marriage, a rate which has doubled over the .....

Newborns on High-Carb Diet may be Predisposed Towards Obesity Later in Life
Providing a diet rich in carbohydrates immediately after the birth of a baby could program it to ......

Gene Changes Seen in Alzheimers Patients also Found in Brain Scans of Newborns
American researchers have found that some of the changes in the common gene variants that are ......

Study Suggests Parents Should Let Newborns Cry It Out
Rather than getting up each and every time that a baby starts to cry, a new study reveals that ......