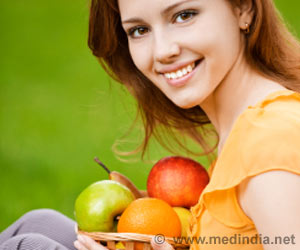 Linda Milo Ohr has revealed 12 foods and ingredients that are tipping the scales towards better health.

The expert said that diets high in protein, specifically dairy protein can have a satiate effect, helping consumers feel full for longer periods of time. A pilot study conducted by Fronterra North America found that females who supplemented their regular diet with an additional 20 grams of protein at both breakfast and lunch over a three-week period lost two inches from their waist.

A recent study showed that consuming raisins as an after school snack compared to potato chips or cookies in children 8-11 years-old led to a lower cumulative food intake.

According to another study, consuming almonds as a snack can reduce hunger and the desire to eat during non-meal times, and also helped study subjects meet the recommended dietary intake of vitamin E without affecting body weight.

An ingredient derived from saffron showed a satiety effect that contributed to body weight loss in a study with 60 mildly overweight female subjects. The average snacking frequency decreased and level of the neurotransmitter serotonin improved.

It was suggested that an ingredient developed from the decaffeinated green coffee bean may help increase the rate of fat release from fatty tissue.

It has been revealed that canola oils can lower abdominal fat when used in place of other selected oil blends in a heart-healthy diet for weight maintenance.

The study was published in a Food Technology magazine.

Weight Loss Could Help Obese Reduce Risk of Potentially Fatal Irregular Heartbeat
Cutting down a lot of weight can help overweight or obese people reduce their risk of developing a ....

Fats and Oils Make Become Key Ingredient for Plastics
Scientists are undergoing a way to create plastics that have fats and oils as a key ingredient....

Top Foods to Stay Alert at Work
Citrus fruits and dark chocolates can help one in being more productive at work, says study....