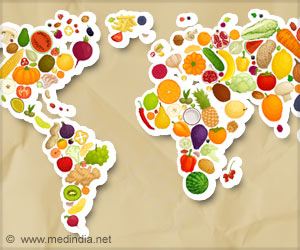 Nearly 13.7 million households in the United States were food insecure at some time during 2019, a trend likely to rise in light of the COVID-19 pandemic. Increasing rates of food insecurity are independently linked to an increase in cardiovascular death rates among adults between the ages of 20 and 64, finds a new study. The findings of the study are published in the journal Circulation: Cardiovascular Quality and Outcomes.

"This study gives us a better understanding of the link between economic distress and cardiovascular disease," stated Sameed Khatana, senior author of the study. "What's going on outside the clinic has a significant influence on patients' health. There are many factors beyond the medicines we may be prescribing that can impact their wellbeing, food insecurity being one of them."


Researchers investigated data from the National Center for Health Statistics and the Map the Meal Gap study to measure county-level cardiovascular death rates and food insecurity rates from 2011 to 2017, among adults age 20 to 64 and those 65 years and older.

"There has been a developing disparity when it comes to food insecurity, and this data confirms that parts of the country are being left behind. Unfortunately, this may only get more serious as the country grapples with the ramifications of the coronavirus pandemic," Khatana stated. "However, interventions that promote a community's economic wellbeing could potentially lead to improved community heart health."

The authors aim to study whether interventions that improve food insecurity could lead to better heart health.

Why Do We Eat - Nutrition Facts
News Archive
News Resource
Advertisement
News Category
Robotic Procedure For Heart Reveals 100% Clinical Success Artery Stiffness may be a Better Predictor of Type 2 Diabetes Prediabetes Associated With Increased Heart Attack Risk New Genetic Analysis: Multiple Diagnoses can be Forming a Cure for Mental Illness Unpaid Student Loan Debt is a Burden to the Heart Too
More News
Sign up for Wellness Consult a Doctor Sign up for Selfcare