Food for the Soul at This Philippine Restaurant 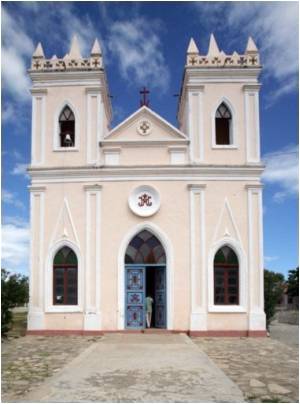 In the Philippines' only Catholic-themed restaurant, Sister Evangeline Paras aims to enrich the soul as much as excite the palate.

As head chef, the Theresian nun oversees operations at the Ristorante delle Mitre (Restaurant of the Mitre) and a menu made in honour of the Catholic church's bishops but priced to suit all members of the flock.

The restaurant, which opened last year, aims to bring the church closer to the people in Asia's bastion of Catholicism at a time when controversies such as sexual abuse scandals have alienated many believers.


"We want to show the positive side of the church... I consider this another ministry of the church," Paras told AFP amid frenzied cooking by her five assistants in the well-lit kitchen.

"It also gives you a glimpse of how the priests and bishops live, what they do and how they eat."

In the dining area, waiters move quickly between tables, explaining the story behind each dish on the menu to an eclectic crowd, from labourers and unionists in casual clothes to smartly-dressed bankers.

Hanging on the walls are photographs in sepia of the church's past and present bishops and cardinals, as well as various memorabilia celebrating Catholicism in the Philippines.

The soothing music envelopes the restaurant in a religious ambiance that is occasionally broken by the clanking of utensils and the muffled voices of orders being barked in the kitchen.

The name of the restaurant is derived from bishops' hats that are their symbol of authority.

The glass-encased mitres of three late Filipino prelates nominated for beatification are displayed in a corner, while a bookcase full of religious tomes offers diners a history of the Catholic Church in the Philippines.

A life-sized mannequin in a cardinal's vestments stares from a corner, towering over an altar with statues of the baby Jesus and Mother Mary.

"There is a certain charm to the idea that you are eating at a blessed place," said Marissa Castro, 28, a banker based in Australia who was paying her third visit to the restaurant since coming back home for a holiday.

"It certainly is a unique restaurant."

Businesswoman Elvira Go, who collaborated with the church to put up the restaurant, said the place was conceptualised when she and some bishop friends went on a pilgrimage to the Vatican several years ago.

They had frequented a small cafe where the clergy went, and the idea of putting up a similar place in Manila stuck.

The Philippines is the most obvious place in Asia to set up such a restaurant, with about 80 percent of the country's 94 million people Catholic thanks to its former status as Spanish colony,

Go's intention was just to put up a small canteen at the Catholic Bishops Conference of the Philippines building located inside the old Itramuros Spanish fortress of Manila.

But the plan soon got the endorsement of the bishops conference's 120 members, some of whom asked friends to donate their time and services to the project.

With no previous experience running a restaurant, Go said the biggest challenge was the menu -- the bishops stated that the food must be affordable to the common labourer without sacrificing quality.

"But one night when the bishops were having dinner, the holy spirit suddenly gave me inspiration," Go said.

"So I went around the table and asked everyone what their favourite dishes were, and I was struck at how simple and doable they were."

The result was an interesting mix of dishes with diverse influences, from Italian-inspired pasta to a fusion of Asian, Western and uniquely Filipino food.

Among the favourites is salmon in tamarind stew, crispy pork legs deep fried to a golden brown and other Filipino fare with prices ranging from 100 pesos to 500 pesos (two to 11 dollars).

A 35-peso (less than a dollar) budget meal set is also offered, which will give one two dishes plus rice and the day's chosen drink.

But there are also pricey set meals which include a selection of soups, salads, steaks, pasta and seafoods from prawns to lobsters.

Ice creams, breads, pizzas and pastries are also freshly made in a backroom bakery.

Overseeing all the food is Paras, formerly the personal cook of Archbishop Ricardo Cardinal Vidal, one of the country's most senior spiritual leaders, who agreed to place her on loan to the restaurant.

The portly nun with an easy-going manner came from a small family in the impoverished island province of Marinduque, where she earned a degree in home economics from a local college.

Paras, 37, became a nun in 1991 and a decade later was asked to manage a religious retreat house, where her impressive cooking skills caught the attention of the cardinal.

"Cooking for God's people has always been my calling," Paras said.

She honed her craft by poring over cookbooks and experimenting on a fusion of local and international dishes.

"You just have to cook with passion, with your whole heart and prepare every dish as you would for your loved ones," she said. 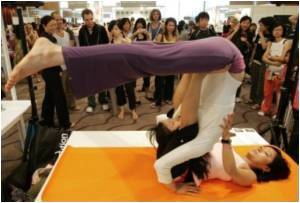 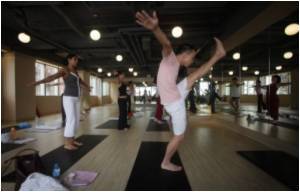 Hindus Appreciate an Article on Yoga in a Catholic Publication
Hindus have much appreciated and welcomed an article in "U.S. Catholic" magazine that spoke of how yoga had completely transformed Catholicism.
READ MORE 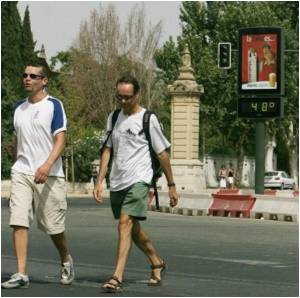