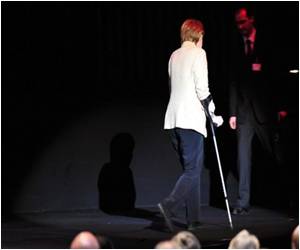 According to new research, ninety-eight percent of total knee replacement (TKR) patients who were working before surgery returned to work after surgery, and of those patients, 89 percent returned to their previous position. The research was presented at the 2013 Annual Meeting of the American Academy of Orthopaedic Surgeons (AAOS). Another related study highlights the life-restoring outcomes of total hip replacement (THR).

Total knee replacement, or arthroplasty, among the most widely performed procedures in the world, is known to successfully relieve pain and restore function in patients with advanced knee arthritis. In the study, "Do Patients Return to Work after Total Knee Arthroplasty?" an independent third party survey center provided questionnaires and interviewed more than 660 TKR patients (ages 18 to 60) from five major medical centers 1-to-5 years after surgery. Definitions from the U.S. Department of Labor's Dictionary of Occupational Titles were used to categorize the patients' physical job demands as sedentary, light, medium, heavy or very heavy.

"When pain and suffering from end-stage degenerative joint disease of the knee compromises a patient's ability to maintain gainful employment, total knee (replacement) is successful in keeping the patient in the work force," said lead study author and orthopaedic surgeon Adolph V. Lombardi, Jr., MD. "Returning patients back to work not only gives the patient a sense of fulfillment, but also is economically beneficial to our society."
Advertisement
In a related study, "Trends in Patient Physical Activity Before and After Primary Total Hip Arthroplasty,"presented on Tuesday, THR patients treated at a large Swiss hospital between 2000 and 2012 were evaluated by a physician, and through self-reported assessments, at 5- and 10-years post surgery on their level of physical activity. Separate analysis was performed according to sex, age, Body Mass Index (BMI) and American Society of Anesthesiologists (ASA) physical status before and after surgery.

Lifestyle was assessed for nearly 2,916 THR patients prior to surgery, and postoperatively for 1,565 patients. The mean age at surgery was 68.4 years, and 56 percent of patients were women.

Among the findings:
"This is the first study with a long-term follow up (up to 10 years) to evaluate physical activity levels after THR," said lead study author Anne Lübbeke-Wolff, MD, DSc, a Swiss orthopaedic surgeon. "Surgery substantially and durably improved physical activity levels in men and women of all age categories, but the level remained somewhat lower than just before the onset of osteoarthritis symptoms."

"In most instances, patients who had previously participated in activities such as bicycling, bowling, golf, mountain hiking or swimming, and who wished to continue them after surgery, were able to return to these activities," said Dr. Lübbeke-Wolff.

"Patients presenting for THR today are more active than those undergoing surgery a decade ago for similar preoperative pain level. Patients should be given a realistic assessment of what to expect following THR in terms of activity."

Baker´s Cyst
Is there a swelling at the back of your knee that is causing pain when you move your knee consider i...