Following Rebuke, US Nuns Ready to Talk With Vatican 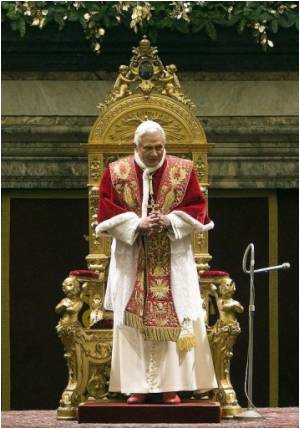 Talks have been offered by American nuns, who are in open conflict with the Vatican over claims they have "radical feminist" views.

Nearly a thousand nuns met in Saint Louis, Missouri, for an annual assembly of the Leadership Conference of Women Religious (LCWR) to craft a response to a three-year Vatican probe that criticized them for taking liberal stances on contraception, homosexuality and the question of women priests.

The Vatican's doctrinal watchdog, the Congregation for the Doctrine of the Faith (CDF), found that the nuns had "serious doctrinal problems" and accused them of staying "silent on the right to life" and failing to promote the Church's view of heterosexual family life and sexuality.


The LCWR, which represents 57,000 nuns across the United States, said it hoped for an "open and honest dialogue" with the Vatican that would "lead not only to increasing understanding between the church leadership and women religious, but also to creating more possibilities for the laity and, particularly for women, to have a voice in the Church."

Doctors in the Christmas issue published on bmj.com today are urging the Vatican's medical team to keep a special watch over the Pope this Christmas.
Advertisement
Nuns at the conference called on their leaders to hold talks with Archbishop Peter Sartain of Seattle, who heads a Vatican-appointed team of US bishops assigned to supervise reform of the group.

But the nuns led by Sister Pat Farrell "will reconsider if LCWR is forced to compromise the integrity of its mission," the group warned in a statement.

The US Church has been increasingly involved in social work and education, with nuns taking on areas previously reserved for men in the institution, including marriage and psychological counseling.

Some members of the US Church have also spoken out against what they view as extreme rigidity on questions surrounding contraception and homosexuality.

Color Blindness Calculator Find a Hospital Blood - Sugar Chart Vent Forte (Theophylline) Post-Nasal Drip Iron Intake Calculator Drug - Food Interactions Sanatogen Calculate Ideal Weight for Infants Drug Side Effects Calculator
This site uses cookies to deliver our services. By using our site, you acknowledge that you have read and understand our Cookie Policy, Privacy Policy, and our Terms of Use