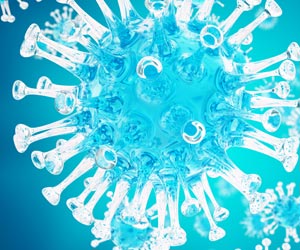 A universal fluorescent probe has been developed that can detect cancer stem cells and also selectively kill them. Cells with stem-cell characteristics appear to be especially important in the formation and metastasis of tumors. The study is reported in the journal Angewandte Chemie.

" Cancer stem cells ", also known as tumor-initiating cells (TIC), appear to cause relapses after radiation and chemotherapy because a single surviving TIC can cause a new tumor to grow. In addition, they appear to be the main cause of metastasis. Effective tumor treatment must therefore aim to kill off TICs as extensively as possible. To this end, a "probe" that marks these cancer stem cells would be useful so that they become visible. Although there are markers that also recognize TICs associated with some types of cancer, no universal, selective probe for cancer stem cells has been found.

Advertisement
‘In the new probe, a fluorescent dye, selectively stains tumor-initiating cells and at high concentrations, the dye also demonstrates considerable cytotoxicity towards the cancer cells.’

A team from the Agency for Science Technology and Research (A*STAR) in Singapore, Pohang University of Science and Technology in Korea, and other research organizations in Singapore and Korea, have now succeeded in finding such a probe. They were able to show that their new probe, a fluorescent dye, selectively stains TICs from a broad variety of cancers, including tumors of the lung, central nervous system, breast, kidney, ovary, colon, and prostate, as well as melanomas. Healthy cells and "ordinary" tumor cells were not marked. At high concentrations, the dye also demonstrates considerable cytotoxicity toward TIC, while other cells are barely affected.


Led by Nam-Young Kang and Young-Tae Chang, the researchers discovered that their probe, named TiY (for tumor-initiating cell probe yellow), recognizes vimentin, which is a molecule in the cytoskeleton. Vimentin is more concentrated in epithelial cells when they transform into mesenchymal cells. Epithelial cells form the tissue that covers the inner and outer surfaces of the body, forming a boundary with the environment. The cells are polar, meaning that the side facing toward the underlying tissue and the side directed outward toward the lumen are different. The cells are also firmly integrated into the cell wall. When they transform into mesenchymal cells, they lose their polarity, are freed from the cell structure, and may wander. This process plays an important role in the development of embryos and healing of wounds. It is also involved in the metastasis of tumors.

As the first fluorescent probe for TIC, TiY could be a valuable tool for the visualization and isolation of TIC, and may help in the development of tumor treatments that are targeted toward zones concentrated with vimentin, thereby inhibiting relapses.

Source: Eurekalert
Advertisement
<< How Do Red Blood Cells Get Their Shape?
Pan-Cancer Initiative Studies Cancer from a New Angle >>