Flu Vaccine Under Scrutiny in Sweden 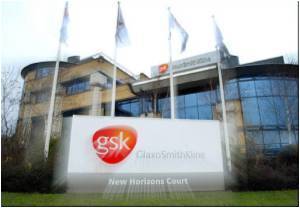 GlaxoSmithKline is under fire in Sweden for producing vaccinations for swine flu, causing narcolepsy,and is being subjected to an inquiry by Sweden's Medical Products Agency.

"The MPA has received six reports from health care professionals regarding narcolepsy as suspected adverse drug reaction following Pandemrix flu vaccination," it said in a statement.

"The agency will, in consultation with external experts, assess the possible relationship between the vaccination and the reported reactions."


The reports concern children aged between 12-16 years who developed symptoms compatible with narcolepsy, a chronic sleeping disorder, that occurred one to two months after vaccination against the H1N1 pandemic.

Sleep disorders include difficulty falling/staying asleep, falling asleep at inappropriate times, excessive sleep or abnormal behaviors associated with sleep.
Advertisement
The Medical Products Agency said it was in contact with European Union member states for information on any similar reports in other countries.

Finland is also looking into the possible link between narcolepsy and the swine flu vaccination, in particular Pandemrix, following an increase in the sleeping disorder among children this spring, the Finish news agency STT said.

The preliminary results from the investigation are expected by the end of this year.

In the European Union around 30 million people were vaccinated using Pandemrix. Sweden bought 18 million doses, which was enough to provide two injections for each person in its 9.3 million population.

According to Finland's National Health Institute, 2.5 million Finns were vaccinated against swine flu. Some 750 showed side effects, namely fevers, headaches and coughing, and one case was linked to narcolepsy.