The flu vaccine was to found to be effective against the new H7N9 strain that emerged in China. The emergence of avian influenza A (H7N9) in 2013 raised concerns because of its high mortality rate (about 30 percent), making it particularly dangerous.

According to the research by the University of Chicago and Icahn School of Medicine at Mount Sinai, antibodies that protect against H7N9 avian flu make up a small portion of people's immune response to the annual flu shot, but appear to broadly neutralize H7 viruses and represent promising new targets for therapeutic development against a wide range of influenza strains.


Co-senior author Patrick Wilson said, "We have clear evidence that a normal immune response to flu vaccination offers protection against dangerous and highly unique strains of influenza such as H7N9. We now need to develop ways of amplifying this response."


The study comprised of 28 people who were vaccinated against influenza. The findings suggest that a total of 83 antibodies found in their systems reacted with H3N2, a common human flu strain; and a 7 of the 83 reacted against rare H7 strains, even though H7 strains were not included in the vaccines that participants received. The study found 3 antibodies that completely neutralized H7N9 avian flu. Further mice studies revealed that rodents who received the three antibodies survived even after exposure to a lethal dose of H7N9 virus, while the untreated mice died.

Study author Carole Henry said, "It appears more common than previously thought for antibodies induced by flu vaccination to offer cross-protection against H7N9. Although they are not always protective, H7-reactive antibodies can be found in almost everyone who's been vaccinated." Researchers said that their findings offer more reason for widespread use of the annual flu shot.

The study is published in the Journal of Clinical Investigation. 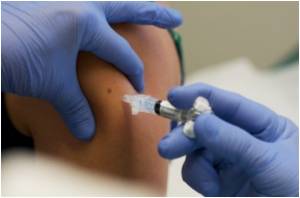