First Trial to Resurrect the Clinically Dead in India 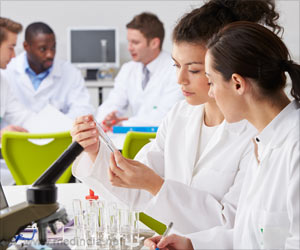 Finally, humans are fighting against death, the only mystery hidden till date. A biotech company has planned to conduct a groundbreaking trial on bringing the dead back to life.

Bioquark, a US biotech company, has been granted ethical permission to work on 20 clinically dead patients for testing different methods to bring them back to life. These patients are declared brain-dead and are only kept alive using a life support.

Chennai Doctors Miraculously Brought a Dead Man Back to Life

A 38-year-old patient from Gujarat, who was admitted for a heart transplant developed sudden cardiac arrest leading to death. But was brought back to life.
Advertisement
‘Bioquark, a US biotech company, will conduct a medical trial to regenerate the brains of clinically dead people in India.’

The clinical trial is called as ReAnima Project, which has received approval from the National Institutes of Health in the United States.


The patients will be administered with four different types of treatments namely, These techniques will be administered for six weeks to help bring people out of the coma. Also, researchers will monitor the patients using brain imaging methods for several months to check for any signs of regeneration especially in the brain stem that controls breathing and heartbeat.

After his heart stopped, doctors used the controversial hypothermia treatment to reduce the body temperature to limit the effects of lack of oxygen on the organs.
Advertisement
The process will be much similar to salamanders, creatures capable of regrowing their limbs and brains after injury. The trial is the first of its kind and will be conducted at the Anupam Hospital in Rudrapur, Uttarakhand, India.

Dr. Ira Pastor, the company's chief executive, said, "This represents the first trial of its kind and another step towards the eventual reversal of death in our lifetime."

Memories of many of the celebrities who have left us forever are so fresh that they are not only missed but given a chance people would want them to come back to life.
Advertisement
<< Heres Why Labrador Retriever Cant Stop Obsessing About Foo...
Germany to Legalise Medicinal Cannabis >>

Dad, you're not going to die today, these words were enough to bring a US man, declared dead, back to life