Kuwait's health ministry said on Wednesday it has discovered its first case of the MERS coronavirus in Kuwait and that the infected citizen suffering from MERS is in "critical condition." 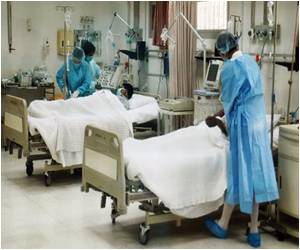 "The first case of coronavirus has been discovered in the country for a citizen who was moved to the Infectious Diseases Hospital in critical condition," the ministry said, quoted by the official KUNA news agency.

The patient was a 47-year-old man who suffered from diabetes and high blood pressure, said the statement. It did not say how he might have been infected.

His infection makes Kuwait the fifth state in the Gulf to report cases of MERS, which has already killed 64 people worldwide, the majority of them in Saudi Arabia.

Two fatalities have been reported in Qatar and one in Oman.

The World Health Organisation said on its website on Monday that it has been informed of 153 laboratory-confirmed MERS cases worldwide so far, including the 64 deaths.

Experts are struggling to understand the disease, for which there is no vaccine.

But it differs in that it also causes rapid kidney failure, and the extremely high death rate has caused serious concern.

And the Saudi government said on Monday that a camel in the kingdom has tested positive for MERS, the first case of an animal infected with the coronavirus.

Respiratory diseases affect any part of the respiratory system. Some of the lung diseases like chronic obstructive pulmonary disease can lead to respiratory failure.

A woman who has just returned from Saudi Arabia has been infected by the MERS coronavirus in the Spain's first case of the disease.

A camel has tested positive for MERS, recording the first case of animal infected with the coronavirus that has killed 64 people worldwide, says the Saudi government.