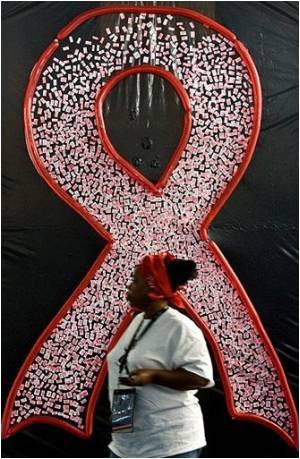 In what is the nation's first such discrimination case, a Chinese man has filed a lawsuit alleging he was denied a job because he is HIV-positive.

The plaintiff, whose identity was not revealed, filed the suit against the education department of Anqing city in the eastern province of Anhui, the China Daily reported.


The lawsuit alleges city officials denied the plaintiff, a recent college graduate, a teaching job after a medical screening revealed he had HIV, the virus that causes AIDS.


The screening was held after he had already passed written tests and interviews, the report said.

A court in the city accepted the case on Monday, it said. The plaintiff is seeking to be given the job but is not asking for any monetary compensation.

AIDS has long had a heavy stigma attached to it in China, with sufferers forced to hide their condition, but there have been recent signs that attitudes are changing.

The government has started talking more openly about HIV prevention and control in China, though people with HIV/AIDS still encounter huge discrimination in employment, education and healthcare.

China says that at least 740,000 people are living with HIV but campaigners say the actual figure could be far higher.

The head of UNAIDS, Michel Sidibe, warned last year that 50 million people in the country were at risk of contracting the AIDS virus, mainly through unprotected sex or the sharing of needles.

Despite signs of openness, the hassling of some independent campaigners and organisations has nevertheless continued.

High-profile activist Wan Yanhai, whose group helped uncover a major tainted blood-selling scandal in the 1990s, fled to the United States with his family earlier this year because he said he feared for his safety.