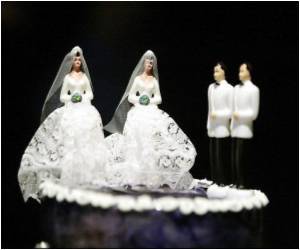 Activists confirmed that the tiny Balkans country of Montenegro, known as one of the most patriarchal societies in the region, got its first non-governmental organisation dealing with gay rights on Friday.

"The gay population in Montenegro is marginalised and stigmatised," Zdravko Cimbaljevic, director of the new LGBT Forum Progres, told AFP.

"Members of this sexual minority live isolated and in fear," Cimbaljevic said, explaining the motives for establishing the NGO.


The goal of the NGO is to protect and fight for equal rights for the LGBT (lesbian, gay, bisexual and transgender) population, he said, adding that so far there were only a dozen members, a mix of gays and straight people.
Advertisement
Montenegrin society is highly patriarchal and homophobic. The latest surveys show that 70 percent of Montenegrins still consider homosexuality an illness.

Montenegro's own Minister for Minority Rights Ferhat Dinosa has said in the past that he would be "unhappy if there is a single gay person" in the country. He also insisted that "equalling national and sexual minorities is an insult for national minorities".

Dinosa, who has kept the post in several cabinets of veteran former prime minister Milo Djukanovic, was recently re-appointed in the new government of Prime Minister Igor Luksic.

Although Montenegro has a law against discrimination it has not been implemented in practice when related to gay rights, according to local human right activists.