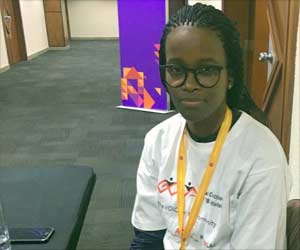 Phumeza Tisile is the first female survivor of extensively drug-resistant tuberculosis (XDR-TB) in South Africa, which is a rare type of tuberculosis resistant to the most effective anti-TB drugs.

"One morning when I woke up in the hospital, it was not just another day. It was a day of numbing silence. I could not hear anything. I switched on the TV, but there was no sound. In a confused state, I went to the nurse. I could see that her lips were moving but I was not able to hear what she was saying. She wrote down on a piece of paper that I had become DEAF. It was so very sudden. Till the previous day, I was okay-listening to music, hearing the laughter of others, and the next day it was all so quiet. I was shocked and frustrated, especially when they told me that my hearing loss was not reversible - it was permanent."

Advertisement
‘"If you get TB, it is not the end of the world. Of course there can be side effects of medicines. But remember that TB is curable and if you complete treatment, you will be cured," says Phumeza Tisile.’

This is the story of Phumeza Tisile, which she shared with CNS (Citizen News Service) at the 48th Union World Conference on Lung Health, being held in Guadalajara, Mexico.


Phumeza, now 27, lives in Khayelitsha, Cape Town - a TB endemic area. It was in 2010, when she was in her first year at the Cape Town University of Technology that she was diagnosed with TB. "I did not have any normal TB symptoms - no cough or night sweats. But I was getting thin and got tired easily. I went from one doctor to another, and was finally diagnosed with TB through a chest X-Ray, even as my sputum tested negative for TB."
Advertisement
But even after being on treatment for drug sensitive TB for 5 weeks, Phumeza was not getting well. And then her sputum test revealed that she had multidrug-resistant TB (MDR-TB). She was put in a public hospital. Four months into the treatment for MDR-TB, Phumeza suddenly lost her hearing due to the toxic side effects of the injectable kanamycin.

At the same time, she also became resistant to this drug. She was now in the pre- XDR-TB (extensively drug resistant TB) stage. The number of daily tablets increased, even as the injection was discontinued. But she was getting better, her sputum tested negative 6 times in a row. So she was discharged from the hospital. She still had to go the DOTS clinic everyday to get her tablets. After 2-3 months of treatment, she was told one day that the pre- XDR-TB drugs had stopped working and now it was a case of XDR-TB - a death sentence at that time.

Doctors at the Lizo Nobanda TB Care Centre in Cape Town (managed by MSF/ Medicins Sans Frontieres or Doctors Without Borders) told her about a new drug - a high-strength antibiotic called linezolid. "They said that there was no guarantee that it would cure me, but as mine was already a gone case, with barely 20% chances of survival, they were willing to try that drug on me. So I agreed as I had nothing to lose. I received this costly drug as part of 'strengthened regimen' programme of MSF in Khayelitsha. In 2013, I was miraculously cured of XDR-TB."

"When I got cured. I was happy that I had defeated a deadly disease. The hearing loss did not seem like a big deal then. Its reality dawned on me only when I wanted to go back to my studies and I could not. That was one of the darkest periods of my life. I was now out of the hospital, but could not socialise with people. They did not understand that I could talk but could not hear. But I kept my sanity by reading books and watching TV shows with subtitles, living in the hope that one day I would be able to hear again."

In 2014, while searching the internet for information on hearing aids, Phumeza read about cochlear implants. But the cost was prohibitive - $40,000 for two implants - which is like half a million rand in South African currency. Phumeza's sister who works for the government, could manage $20,000 through her medical aid. Phumeza was able to raise the remaining amount through crowd funding. In March 2015 she had cochlear implants and got back her hearing Now she is back to the University studying social sciences.

Stigma and ignorance around TB

Phumeza was very ignorant about TB and like most others in South Africa, she thought that only those who are HIV positive can get TB. She feels that there needs to be more awareness about TB. So she talks about TB with her peers, making them more knowledgeable about it. TB is in the air. Anyone can get it. Like she got it, although no one else in her family ever had TB.

During her long stay of over 2 years in the hospital, she had very little interaction with the outside world. "So I did not really feel any stigma - we were all TB patients there. But when we had to go out to to get the tests done, people would stare at my masked face and I felt bad. Also the nurses would often shout and snap at me, as if I had done something wrong. It was not my fault that I got TB. They could at least use proper language".

"I wish in my case, the doctors had made me treatment literate. If they had told me about the side effects, I would have been better prepared to deal with my disability. They do not have to scare us, but at least inform us."

Life is back on track

Phumeza is now part of the support group at TB Proof in South Africa (TB Proof is a group of South African healthcare workers and students after personal experiences with occupational TB). She advocates for better diagnostics and shorter and safer treatment regimens for people with TB. She feels that TB survivors can help a lot in educating others about the disease, more perhaps than what a doctor can do. Sharing personal stories of TB survivors helps in removing stigma and myths surrounding TB. They talk from lived and experiential knowledge.

"If you get TB, it is not the end of the world. Of course there can be side effects of medicines. But remember that TB is curable and if you complete treatment, you will be cured. I was on treatment for a total of three and a half years. But I beat the odds. So can others."

Genital Tuberculosis Rapidly Increasing Among Women
Female genital tuberculosis is a rampant disease which is also growing as a major health issue that ...

India Tops List of Tuberculosis Fatalities in 2016
Globally, there were 10 million new cases of TB and 7 countries account for 64% of the disease ......

Tuberculosis Bacteria Hide in the Body and Spreads Infection
Mycobacterium avium that causes tuberculosis, live in macrophages and the well adapted bacteria ......