First Ever Case of Traffic Ticket for Wearing Google Glass 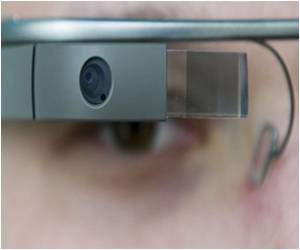 The first ever woman from US to get a traffic ticket for wearing Google Glass pleaded not guilty.

Cecilia Abadie, who was wearing the hi-tech eye-wear but says it was not turned on at the time, was charged with speeding and distracted driving on a San Diego area freeway on October 29.

On Tuesday, her lawyer William Concidine appeared in court with the 44-year-old to deny the charges.


"Our primary argument is that Ms. Abadie was not driving while the Google Glass was actually operational," he told AFP, adding: "There is nothing illegal about simply wearing the Google Glass while it is not turned on."
Advertisement
The traffic code on which she was cited makes it a violation to drive a vehicle "if a television receiver, a video monitor, or a television or video screen" is visible, according to the LA Times.

"The issue will be what does the officer who cited Ms. Abadie testify to at the trial regarding whether he saw, or did not see, the Google Glass being used while Ms. Abadie was driving the vehicle," said her lawyer.

A judge set a trial date of January 16, her lawyer said.

Concidine added: "I believe that this case is unique in that this ...is the first known case involving Google Glass. As technology continues to advance, we always question how the law will respond to that technology.

"Google Glass is that next step in technology, and it will be interesting to see if the law changes as new devices are developed or if the legislature leaves it to the courts to decide how to interpret the existing laws."

Glass lets wearers take pictures, record video, send messages or perform other tasks with touch controls or by speaking commands. It connects to the Internet using Wi-Fi hot spots or being wirelessly tethered to mobile phones.

Facebook, Twitter and major news organizations have already tailored applications for Google Glass, which has only been made available to developers and a limited selection of "explorers" who paid $1,500 each for the eyewear.

Envisioned uses range from practical tasks such as shopping or delivering local weather reports to sharing real time video streams or playing augmented reality games in which the world is the board.

Google has not announced a public release date for Google Glass but speculation centers around early 2014.

The San Diego case may the first, but in theory cases involving the technology could multiply rapidly once the eye-catching spectacles become widely available.

"The fact that the law was written before Google Glass existed leaves it open for debate whether (lawmakers) considered such technology when drafting the law and whether it is actually covered by the existing law as written," said Concidine.

Google Glass Popular Only in Few Americans
According to a survey conducted by YouGov, only one in 10 Americans are keen in wearing Google ......