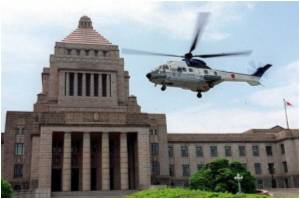 Japan is witnessing the country's first child organ transplant permitted by the revised Organ Transplant Law, which has offset the earlier prohibition and now allows organ donations by children.

The earlier law drove Japanese parents to seek treatment for their children needing transplants outside Japan. But now with parental permission, children under the age of 15 can become donors, unless they had specially refused to be so.

The boy, whose identity remains anonymous has been reported to be between 10 and 14 years of age, and had been injured in a fatal traffic accident. Doctors at the hospital in the Kanto-Koshinetsu region, where he was admitted, told his parents that he could become a donor.


The authorities had to diagnose his brain death first and confirm it one day later. Then, the hospital's abuse prevention panel ascertained that there was no physical abuse involved, a procedure required by the law. The parents have given their consent for his major organs to be extracted and used in transplant surgeries.

Organ donation, considered the highest form of human service, allows the opportunity to give life and let others live, even though we are gone. It is a sacred act of perpetuating life, by leaving a part of ourselves in another,
Advertisement
His grieving parents said, "Our son told us he wants to do a job that would be of great service to society.  His wish didn't come true as his brain didn't recover. But his body hung in there with all the strength he had left. We've all agreed this is an action that would suit him. If parts of his body continue to live on in someone else, we feel it will offer a small measure of comfort in the grief we feel at losing him."

Takashi Igarashi, head of the Japan Academy of Pediatrics, talked of continued psychological care for the families of child donors being equally important in their sorrow and grief.