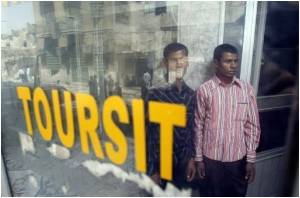 First case of deadly MERS virus was reported in Bangladesh on Sunday, after a Bangladesh-born US resident was admitted to hospital days after returning to his homeland in via Abu Dhabi.

The condition of the unidentified 53-year-old man had improved but he was still in intensive care in a Dhaka clinic, Mahmudur Rahman, the director of the Institute of Epidemiology, Disease Control and Research, told AFP.

"He is Bangladesh-born but lives in the US. He came to the country on June 4 and became sick two days later. Most probably he contracted the virus during the three hours at Abu Dhabi airport or in the plane," he said.


"After a series of tests we got confirmation yesterday that he was suffering from MERS coronavirus."

It was the first known MERS case in Bangladesh. The country has become the 22nd nation to report a case of Middle East Respiratory Syndrome (MERS), according to Rahman.

Early use of high-frequency oscillatory ventilation in moderate-to-severe acute respiratory distress syndrome may increase in-hospital mortality
Advertisement
Other countries including Egypt, Jordan, Lebanon, Iran, the Netherlands, the United Arab Emirates, the United States and Algeria have also recorded cases, mostly in people who had been to Saudi Arabia.

MERS has killed 284 people in Saudi Arabia since it first emerged in 2012, and hundreds more have been infected.

It is considered a deadlier but less transmissible cousin of the Severe Acute Respiratory Syndrome virus that appeared in Asia in 2003 and killed hundreds of people, mostly in China.

Like SARS, it appears to cause a lung infection, with patients suffering coughing, breathing difficulties and a temperature. But MERS differs in that it also causes rapid kidney failure.

Muslim pilgrims from around the world are pouring into the holy city of Mecca in Saudi Arabia, undeterred by the spread of the deadly virus.

Research has suggested that the virus has been quite common in camels for at least 20 years.

Last week, researchers said they had found the first direct evidence that MERS jumps directly from camels to humans.

Rahman said it was only a matter of time before MERS arrived in Bangladesh. Some three million Bangladeshis work in the Middle East, more than two-thirds of them in Saudi Arabia.

ARDS is a lung condition where the patient suffers from sudden breathlessness, low blood oxygen levels and lung inflammation that could progress to respiratory failure.
Advertisement
<< Disappearance of MH370 was No Accident: Authors
New Insight into Children's Bodies and Brains >>

Nutam (400mg) (Piracetam) A-Z Drug Brands in India Indian Medical Journals Selfie Addiction Calculator How to Reduce School Bag Weight - Simple Tips The Essence of Yoga Vent Forte (Theophylline) Turmeric Powder - Health Benefits, Uses & Side Effects Blood - Sugar Chart Sanatogen
This site uses cookies to deliver our services. By using our site, you acknowledge that you have read and understand our Cookie Policy, Privacy Policy, and our Terms of Use