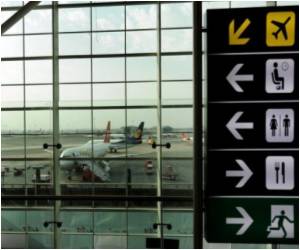 The search for the missing Malaysia Airline plane is set to enter its tenth week. Tomorrow, the first book about the disaster, with a theory about what might have happened, is said to go on sale in Australia.

According to the Sydney Morning Herald, Flight MH370 The Mystery, which is made available by NewSouth Books in Sydney, doesn't claim to have any answers but to some extent supports the theory that the aircraft may have been accidentally shot down during a joint Thai-US military exercise in the South China Sea.

The book also talks about the chances of a possible 'cover up' of the actual facts by the concerned nations, who could have released misinformation to lead people to search in the wrong place.


The publicity for the book reads that in an age where a stolen smart phone can be pinpointed to any location on earth, the vanishing of this aircraft and 227 passengers is the greatest mystery since the Mary Celeste.

The book, written by author and journalist Nigel Cawthorne, records the events, emotions and theories unfolding on a backdrop of fruitless searches, the report adds.

New Budget Airport to Open in Malaysia In MH370 Shadow
Malaysia's new airport, built specifically for low-cost airlines, which the country calls as the ......

'To Kill a Mockingbird' Now as an E-Book
Publishing house HarperCollins has confirmed that the Pulitzer Prize-winning US classic "To Kill a ....