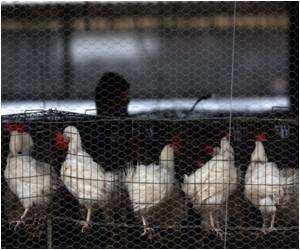 Head of the country's Institute of Epidemiology, Disease Control and Research (IEDCR) under the Health Ministry Mahmudur Rahman told Xinhua Monday that "the seventh case of Influenza A ( H5N1) has been confirmed from one of our surveillance sites in Comilla, some 96 km east of capital Dhaka."

He said this was a 1 year 11 months old male child from Chauddogram sub-district of Comilla.


The child was admitted to Comilla Medical College Hospital, later transferred to Dhaka Shishu Hospital and then to a private clinic, Rahman said.

"This is the first death case of H5N1 in Bangladesh. As this child had no typical features of Influenza Like Illness (ILI), throat and nasal samples were sent for reconfirmation to CDC Atlanta, USA (WHO reference laboratory) and received confirmation on 6th April, 2013," he added.

According to the official, detailed outbreak investigation was conducted.

There was strong epidemiological link with backyard poultry deaths. No other case was found among contacts during the investigation, he said.

Bangladeshi authorities in December last year destroyed 150,000 birds and 300,000 eggs as the season's major outbreak of bird flu was detected in a firm in Gazipur, outskirts of capital Dhaka.

Bird Flu Vaccine Effort Launched by US Health Authorities
US health authorities are attempting to develop a vaccine for the H7N9 bird flu virus that has so far killed five people in China.
READ MORE