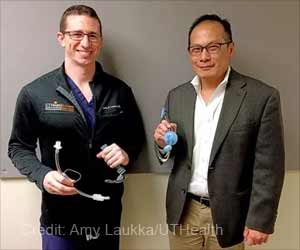 A newer breathing tube could save the lives of more than 10,000 sudden cardiac arrest patients a year for a simple reason: it's easier than standard intubation to insert on the first try, according to researchers from The University of Texas Health Science Center at Houston (UTHealth).

Cardiac arrest is the abrupt loss of heart function, breathing, and consciousness. The American Heart Association (AHA) reports more than 350,000 cardiac arrests occur in the U.S. outside of a hospital setting, and studies show only 8-10% of victims survive.


"Airflow is critical to survival, and first responders only have a few precious minutes to establish an airway to the lungs," said senior author Henry Wang, MD, professor and executive vice chair of research in the Department of Emergency Medicine at McGovern Medical School at UTHealth.

Wang was the first author for the Pragmatic Airway Resuscitation Trial, the first randomized controlled trial to compare standard intubation and the new laryngeal tube (LT) in adult cardiac arrest, which found the LT increased 72-hour survival rates. Now a follow-up study by Wang and Jason Lesnick, MD, an emergency medicine chief resident at McGovern Medical School, shows its advantages could be attributed to ease of use.

"While standard intubation has been a mainstay of paramedic care for more than four decades, performing the procedure on a cardiac arrest victim outside of the hospital is incredibly difficult," Wang said.

"Intubation is process that has many steps, as first responders have to open the mouth with one device and insert another, the tube, precisely through the vocal cords and into the lungs. Paramedics often attempt the high-stakes procedure in cramped and dark conditions, like the floor of a bedroom or bathroom, so it is extremely difficult for them to do this successfully on the first attempt, which we call first-pass success."

Conversely, paramedics using the LT simply insert the tube into the mouth without having to see down the throat to aim for the vocal cords. The tip of the tube naturally lands in the esophagus, so that oxygen can flow through ventilation openings into the trachea. Researchers found the straightforward technique could be contributing to its higher first-pass success rate.

"The odds of 72-hour survival were 35% higher for patients who had their airways successfully established on the first attempt," said Lesnick, who is the first author on the study. "The follow-up study confirmed for the first time that first-pass success matters, because it directly impacts survival."

"The follow-up study also helped us understand the potential reason why we were seeing better outcomes with the LT. Often in medicine we struggle to find the reasons why one treatment, process, or device is better than another. Having that information is so valuable for effecting change," Wang said.

In light of the study results, paramedics should work to emphasize first-pass success when intubating victims of out-of-hospital cardiac arrest, Lesnick said.

"There are a couple ways the results could be put to use. First, EMS personnel could choose to use the simpler LT airway. This is the more cost-effective option. They could also optimize intubation efforts by incorporating enhancements like video to make the process easier," Wang said. "We should expect more data in the next few years to further guide our practices."

Lesnick won a best abstract award at the AHA's Resuscitation Science Symposium 2019 for the study. Pratik Doshi, MD, an associate professor of emergency medicine at McGovern Medical School at UTHealth, is a co-author. 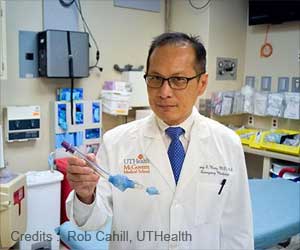 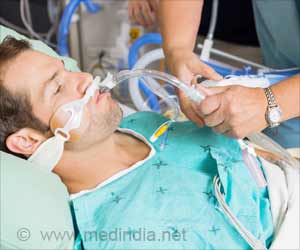 Therapeutic Hypothermia
Therapeutic hypothermia involves the lowering of the body temperature to 350C or less to limit brain damage after cardiac arrest or trauma.
READ MORE