Why Women Are More Likely to Develop Gastrointestinal Disorder Than Men 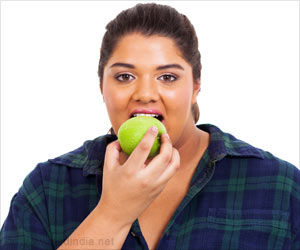 A team of researchers has revealed the reason behind women being afflicted with gastrointestinal (GI) disorders more often than men. Although this could be because men and women handle the condition differently, "toughing it out" versus getting it checked out.

Studies suggest that the GI system behaves differently in women because of sex-related features in the brain. Penn State Hershey College of Medicine's Tanja Babic found that the nerve cells that control the movement of food through the intestines are more sluggish in response to brain inputs in women than in men.

Kids With Autism Have Atleast One Gastrointestinal Problem

Children with autism below the age of three, experience atleast one gastrointestinal discomfort, compared to a typical child, reveals a study.
Advertisement

Babic said that females also show differences in brain structure and function compared to males, including higher levels of GABA (gamma-aminobutyric acid), an inhibitory neurotransmitter. Since GABA influences the activity of neurons that control digestion, I wanted to investigate whether GABA activity in these neurons is different in males and females.


Babic noted that if they can selectively change the activity of these neurons in females, they would have a potential therapeutic target for better treatment of GI disorders in women.

Opting for an over-the-scope clip placement for the closure of gastrointestinal defects has been found to be a safe and effective therapy.
Advertisement
To identify these differences, Babic measured the type of nerve signal received from the brain and the nerves' responsiveness to the signals in rats. She found that the nerves in female rats received more signals that suppress the intestinal movement of food. The nerves were also less responsive when stimulated.

According to Babic, the data support that the nerves controlling the intestines in females are less excitable and receive more inhibitory signals from the brain, offering one explanation of why digestion problems are more common in women.

Women have a higher prevalence of functional gastrointestinal (GI) disorders compared to men. Gastric motility is modulated by neurons of the dorsal motor nucleus of the vagus (DMV), and the activity of these neurons is regulated by a tonic GABAergic input. In general, females have been shown to have a higher expression of GABA throughout the central nervous system. The aim of this study was to investigate sex differences in the basic properties and GABAergic inputs to gastric-projecting DMV neurons.

The epidemiology of gastrointestinal stromal tumors, which occur primarily in the lining of the stomach and small intestine, has now been clearly defined by researchers for the first time.
Advertisement
Advertisement

Symptom of loss of taste usually occurs in combination with loss of smell and can be complete loss or partial ...
This site uses cookies to deliver our services.By using our site, you acknowledge that you have read and understand our Cookie Policy, Privacy Policy, and our Terms of Use  Ok, Got it. Close
×