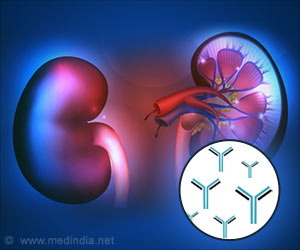 A senior AIIMS official told IANS that all paperwork and other formalities for the kidney transplant have been completed and the surgery would happen sometime this weekend.

"He came to the hospital at around 4.15 pm to complete the formalities between the donor and the receipient for the kidney transplant. The kidney replacement will probably be done by the weekend," the official said on condition of anonymity.


He added that Jaitley may have to stay in the hospital for 10-15 days after the surgery as is the norm for this treatment.

Due to his ill health, Jaitley had to cancel his next week's visit to London for the annual economic dialogue.
Advertisement
As reports of his ill health started doing rounds, Jaitley took to Twitter and said he was receiving treatment and was working from controlled environment at home.

"I am being treated for kidney related problems and certain infections that I have contracted. I am therefore currently working from controlled environment at home. The future course of my treatment would be determined by the doctors treating me," he tweeted.

The Finance Minister, who underwent a gastric bypass weight loss surgery in 2015, reportedly visited AIIMS on Thursday for a checkup where doctors advised him to take rest before treatment for his kidney ailment begins.

A senior Finance Ministry official told IANS that the Finance Minister had cancelled his visit to the United Kingdom for next week's annual UK-India economic dialogue.

While Jaitley came to his North Block office on Monday, he is working from his residence since Tuesday.

Jaitley, who was re-elected to the Rajya Sabha last month, has yet to take the oath as member. He has not been to the House yet. Significantly, he was appointed the Leader of the House on Tuesday, even before could take the oath.

Jaitley was unwell for some time when he assumed office in May 2014.

DNA Match Between the Donor and Recipient Predicts Kidney Transplant Success
HLA locus match between the donor and the recipient gives a donor organ the best chance of long ......

Transplantation
Organ and tissue transplantation can give a second chance at life to thousands of people. Learn more...