Fight Against AIDS Suffers Because of the Economic Meltdown 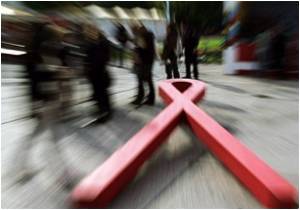 The global fight against HIV/AIDS is threatened by stagnating economies around the world, which have caused governments to shrink their budgets and, with them, grants to fight the illness.

"We are facing a major challenge in terms of funding because the global economic downturn has got a lot of governments looking hard at their budgets, and some doing decreases in the kind of aid that goes for global health, and AIDS in particular," said Microsoft co-founder Bill Gates, who now runs a philanthropic foundation that bears his and his wife's names.

Human Rights Watch has said that respect for the rights of the people most vulnerable to the AIDS virus is vital in stopping the spread of the disease.
Advertisement

That very topic will be widely discussed at the 18th international conference on AIDS in Vienna next week, said Gates, who will deliver a speech at the meeting.


Dr Anthony Fauci, head of the US National Institute for Allergy and Infectious Disease (NIAID), said the economic crisis couldn't have come at a worse time for the fight against AIDS.

AIDS experts have come together in Vienna on Sunday for a six-day rally to discuss newer strategies in a battle which after nearly thirty tumultous years is showing great promise.
Advertisement
"There are not enough resources to meet the demands of people who need treatment and prevention," he said, adding that the sharp dip in funding to fight AIDS has hit "just as we are reaping the fruit of success in getting therapy and prevention to the developing world."

Some five million people in poor countries are being treated for or to prevent HIV/AIDS today, compared with just one tenth of that number six years ago.

The cost of antiretrovirals has fallen from 15,000 dollars per person per year in 2001 to 120 dollars a year today.

And the rate of infection with human immunodeficiency virus -- or HIV -- has dropped 17 percent compared to 2001, when it was at its acme.

But, said Fauci, that doesn't mean it's time to rest on one's laurels.

"Every time you treat one person, two to three people get newly infected.

"So we have the challenge of treating people who need to be treated -- and there are more and more because there are 2.7 million new infections per year -- and at the same time of preventing new infections," he said.

"We are in somewhat of a crisis and the solution to it is not particularly evident right now," he said.

Dr Julio Montaner, president of the International AIDS Society (IAS), warned of the devastating consequences if governments "don't do more in terms of the quality and quantity of care for people with HIV."

Doing nothing would "result in dire human and economic costs in the short and long term," he said.

In 2006, United Nations member states committed to achieving universal access to HIV prevention, treatment and care by this year.

But with the deadline here, the global community has failed to deliver on this pledge.

In 2009, UNAIDS estimated that 25 billion dollars will be needed by this year for the AIDS response in low- and middle-income countries. That's 11.3 billion dollars more than is actually available today.

Gates urged governments and NGOS to "apply new innovations to get more out of every dollar of funding that is available," and to focus on preventive methods that have been shown to work, such as male circumcision.

Dr Paul Zeitz, founder and executive director of the Global AIDS Alliance (GAA), said increasing infections and flat funding have left the global AIDS movement in crisis and millions of lives at stake.

In Africa, which is at the epicenter of the AIDS pandemic, the enrollment to get life-saving medicine has stopped, he said.

"Country after country is stopping enrollment," he said.

Zeitz called on world leaders to be true to their word and step up to the plate in the fight against AIDS. Among those he singled out for criticism were US President Barack Obama who during his campaign for the US presidency pledged to increase funding for AIDS more than three-fold.

Since he has been elected, nothing has been done, said Zeitz.

Thomas Mukone wonders exactly how he would tell his wife that he wants a circumcision at age 41, even with the government in Zimbabwe urging adult men to get snipped to slow the spread of AIDS.
Advertisement
<< Brit Kids Find Mums The Pushover; Dad's Not as Easy to Fool
Cash Payments to Youths Could Reduce HIV Infection Rates >>

AIDS Vaccine may Soon be a Reality