Fifty Per Cent of Filipinos Think They are Poor 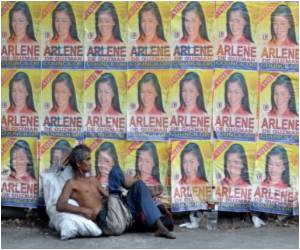 In spite of a developing economy, fifty per cent of the people in the Philippines think they are poor, reveals a survey.

The independent study by the Social Weather Stations showed that at least 9.4 million families, about 50 percent, considered themselves to be poor, up from 43 percent or 8.1 million in March, a spokesman of the group said.

UN Secretary-General Ban Ki-moon warned Saturday the world must devote the same resources to meeting the Millennium Development Goals (MDGs) as it did to tackling the global economic crisis.
Advertisement

"We asked them to choose between two cards: poor or not poor. We did not ask them why they feel poor," said Leo Larosa, a researcher at polling firm said.


This came despite government figures showing that the Philippines recorded a 7.9 percent economic growth rate in the first half of 2010, its best half-year growth record in more than 20 years.

The Philippines aims to become Asia's next big gambling hub with casino and entertainment resorts to be built in tourist spots across the country, the nation's gaming regulator told AFP Tuesday.
Advertisement
The figures were significantly higher than the government's latest poverty study in 2006 showing that 32.9 percent of the population or 27.6 million Filipinos were considered poor.

But an economic official said the two sets of data were not comparable as the survey showed people's perception while the government figures were based on income and cost of essential goods.

Those surveyed "are comparing their situations. It may be they feel poorer even if they have enough income," said government assistant economic planning director Myrna Asuncion.

President Benigno Aquino, who won a landslide election victory on May 10, has vowed to lift the country out of poverty by cracking down on corruption and building much-needed infrastructure.

But earlier this month, his government admitted that the country would fail to meet its UN development goal of cutting poverty levels in half by 2015.

The Social Weather Stations survey was conducted in June and questioned 1,200 people nationwide. It had a three percent margin of error.

A major new study focusing on their astonishing growth has laid bare Asia's aspirational middle classes that are every marketeer's dream and the future of the world economy.
Advertisement
<< Older Holds Value
More on Age-related Illness >>