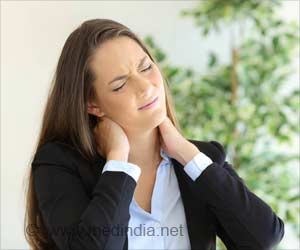 ‘Hyperbaric oxygen therapy sessions were found to be effective in treating patients with adult fibromyalgia, with a history of childhood sexual abuse.’

A new Tel Aviv University study finds that fibromyalgia syndrome -- a chronic condition characterized by widespread pain, fatigue, and cognitive difficulties -- may be a consequence of post-traumatic physical and psychological distress associated with childhood sexual abuse.


The research suggests that survivors of childhood sexual abuse who develop fibromyalgia may be effectively treated with hyperbaric oxygen therapy, the application of hyperbaric pressure in conjunction with increased oxygen delivery to oxygen-deprived tissue.

The new study is part of an ongoing collaboration between TAU, the University of Haifa and Assaf Harofeh Medical Center investigating new therapeutic strategies with which to treat survivors of childhood sexual abuse.

It was conducted by Prof. Shai Efrati of TAU's Sackler School of Medicine and Sagol School of Neuroscience and Director of the Sagol Center for Hyperbaric Medicine and Research at Assaf Harofeh Medical Center and published online in Frontiers in Psychology on December 14, 2018.

"We also now know that fibromyalgia takes root in the part of the brain responsible for pain interpretation. Using novel brain imaging technologies, we have now, for the first time, identified the injured areas of the brain injured by traumatic abuse.

"We believe our results serve as an explanation for the often limited results of psychological intervention, which do not provide physiologic repair of the damaged brain tissue," Prof. Efrati continues. "The study shows that when these brain wounds are treated with hyperbaric oxygen therapy, neuroplasticity can be induced and the related clinical symptoms significantly improved."

Over two years, 30 women suffering from fibromyalgia and bearing a history of childhood sexual abuse were randomly assigned to one of two treatment groups: 60 hyperbaric oxygen therapy sessions or psychotherapy. After the hyperbaric oxygen therapy sessions, the participants reported a significant improvement in all measures of quality of life, including symptoms of fibromyalgia and post-traumatic stress disorder.

The clinical findings were accompanied by an improvement in brain functionality, observed in brain nuclear imaging scans (SPECT) and novel MRI scans (MRI-DTI).

"Even though some of the areas of the brain have previously been associated with fibromyalgia and PTSD, the correlation we found also added new knowledge on brain function," says Dr. Amir Hadanny, of TAU, Bar-Ilan University, and Assaf Harofeh Medical Center, a co-author of the study. "In the future, we hope to be able to diagnose the so-called 'psychological' disorders through objective brain imaging."

According to the study, the ability to recall sexual abuse is by no means a prerequisite for effective treatment of fibromyalgia in cases of childhood sexual abuse. "Lately, we have witnessed women in the #MeToo movement who knew they were sexually harassed and abused but could not recall the details of the attack," says Prof. Rachel Lev-Wiesel of the University of Haifa, a co-author of the study. "Our new approach demonstrates that not being able to remember traumatic events is a biological rather than an emotional limitation.

"Repeated exposure to traumatic events creates the need to suppress these events," Prof. Lev-Wiesel continues. "Biologically, that means that the areas of the brain responsible for those memories are actually being shut down in order to cope with reality. This may be the key for the reason why survivors are unable to recall the details or the traumatic event itself."

Frequent Visits to the Doctors Saves the Fibromyalgia Patients from Suicidal Thoughts
Fibromyalgia disorder patients who require intermediate attention from doctors have a lesser ......

Ultralaser Treatment May Help Reduce Pain in Fibromyalgia Patients
Ultralaser treatment for fibromyalgia is highly effective for pain reduction when applied to the ......

Fibromyalgia
Fibromyalgia (FM) is a chronic health condition charecterized by widespread pain and stiffness in th...

Myofascial Pain Syndrome
A patient with myofascial syndrome suffers from pain at trigger points, which is referred to other ....