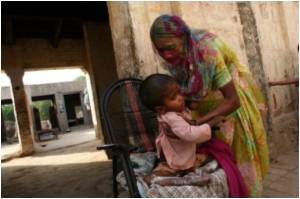 Exposure to radiation of a fetus increases the risk of childhood cancer, according to a published research study.

A new study published in this week's PLoS Medicine aims to evaluate the possibility that exposure of a fetus to computed tomography or radionuclide imaging performed during pregnancy might increase subsequent risk of childhood cancer. The researchers concluded that despite the very large size of their study they were unable to exclude the possibility of a very slight risk, and advise that beta hCG testing (blood pregnancy test) should continue to be done in all potentially pregnant women before undergoing major radiodiagnostic testing. Similarly, use of lead apron shielding of the pelvic area of pregnant women is also recommended. The research was carried out by Joel Ray and colleagues from St. Michael's Hospital, Toronto, Canada, and colleagues.


The authors used an anonymized database for the whole province of Ontario, Canada (where universal health care is available to all residents) to link maternal radiation exposure to a subsequent malignancy in the child. Using this technique, the authors were able to follow up 1,835,517 mother-child pairs. In the entire dataset, 5,590 women were exposed to radiodiagnostic testing during pregnancy; amongst the children born to these exposed women, there were a total of four subsequent childhood cancers. There were 1,829,927 women in the unexposed group (who did not have radiodiagnostic imaging during pregnancy), and 2,539 cancers were found amongst the children born to these women. The rates of childhood cancer in exposed versus unexposed groups corresponds to a crude hazard ratio of 0.69. However, there was still substantial uncertainty in this study around the relative risk of malignancy following radiodiagnostic testing. The researchers estimated an "adjusted hazard ratio" for the risk to be 0.68, with confidence limits between 0.25 and 1.80. These confidence intervals (representing uncertainty) suggest that although the researchers did not find clear evidence for an increase in risk following imaging, they could not exclude the chance of a small increase, up to 1.8 times that in an unexposed pregnancy.


Given this possibility the authors recommend that radiodiagnostic testing should be performed in pregnancy under urgent or emergency situations, but that nonradiation-emitting imaging, such as MRI and ultrasonography, be considered first, when clinically appropriate. It should be emphasized that this study relates to the use of imaging modalities such as computed tomography (and other forms of radionuclide imaging), typically carried out to diagnose or exclude conditions encountered during an emergency, such as pulmonary embolism or stroke - and not the routine ultrasound scans done during pregnancy.

In an accompanying Perspective, Eduardo Franco and Guy-Anne Turgeon from McGill University, Montreal, Canada recommend that that an international consortium be formed to attempt to pool the data on exposure-risk associations from all available investigations to shed more light into this issue and assist policymakers in the future.

A "Smoking Pregnancy" Hikes Child Cancer Risk Five-Fold
Smoking during pregnancy has long been known to cause birth complications, and now, a new research has revealed that babies born to women who smoke during pregnancy are five times
READ MORE