Female Politicians Could be Judged by Their Facial Features 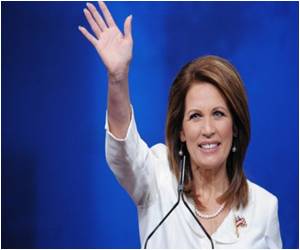 Two UCLA researchers of the U.S. House of Representatives have said that political affiliations of female politicians could be judged by their facial features.

The researchers also found the opposite to be true: Female politicians with less stereotypically feminine facial features were more likely to be Democrats.


"At least when it comes to female politicians, assessing how much a face reflects gender norms may be one way of guessing political affiliations," said Kerri Johnson, the study's senior author and an assistant professor of communication studies and psychology at UCLA.

Public Health Must be Taken Care of by Politicians

The Royal Society of Public Health and UK Faculty of Public Health have urged politicians to tackle public health on an emergency basis.
Advertisement
Carpinella and Johnson started the project by feeding portraits of 434 members of the 111th House of Representatives into a computer modeling program used by researchers in their field.

"These policy platforms are manifest in each party's image - apparently also in the physical characteristics exhibited by politicians," she added.

"A candidate's physical appearance is an important part of politics, especially political campaigns. A considerable portion of the electorate may not be well-informed, and they may be making decisions based on subtle cues that need to be revealed and understood," Johnson further said.

Politicians and religious leaders are not always the best role models in Africa's anti-malaria battle, a Nigerian football legend said on Friday.
Advertisement
<< No More Fake 'Likes' in Facebook
Wide Variation in Screening Practices for MDROs Among Hospi... >>

Obese As Much Despised As Politicians!

Berries for a Healthy and Beautiful You
News Archive
News Resource
Advertisement
News Category
Algorithm to Detect Seizures Cerebellum and Emotional Experience: The New Link Iron Deficiency Plays Critical Role in Innate Immune System A Newly Discovered Neural Pathway to Social Touch Could the X Chromosome be Responsible for Alzheimer's?
More News
Sign up for Wellness Consult a Doctor Sign up for Selfcare

More News on:
Berries for a Healthy and Beautiful You