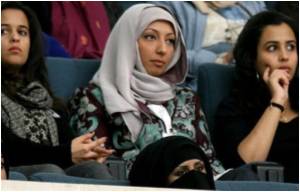 Women who have undergone female genital mutilation (FGM) experience a significantly lower sexual quality of life than other women reveals a new study published today (10 October) in BJOG: An International Journal of Obstetrics and Gynaecology.

FGM is defined as any procedure 'involving partial or total removal of the external female genitalia without medical reasons'.

Female sexual dysfunction is defined as persistent and recurrent problems with sexual response or desire. It affects 30-50% women.

Professor Janice Rymer, Dean of Undergraduate Medicine and Professor of Gynaecology, King's College London and co-author of the paper said:

"FGM is abuse of women and we need to do all we can to eradicate the practice. We can help to do this by educating people about the harm that it causes and this study adds to our knowledge as we show, not surprisingly, that FGM has a detrimental effect on a woman's sexual life.

"FGM is always traumatic and has no known health benefits, and the complications range from bleeding and infection to death. Although the physical complications have previously been reported, the effects on sexual function and satisfaction were poorly understood.

"As a result of high rates of migration of women from nations where this practice is considered commonplace, to areas where it is not, it is important to all multidisciplinary practitioners to have an understanding of the impact of this practice on the women that we provide care for. The effect of a reduced or poor sexual quality of life is likely to have an effect on the general well being of women. It is important to raise the profile of the damage that is caused with regards to sexual function in the hope that this may go some way to eradicating the procedure for future generations."

"FGM is a harmful and unacceptable practice. This study highlights that it has a lasting impact not only physically but emotionally. It is important that healthcare workers are aware of FGM and with an expansion of the migrant population they may see increasing numbers of women affected."