Ulcerative colitis (UC) is a chronic, debilitating inflammatory bowel condition, characterized by symptoms including bloody stools, diarrhea, abdominal pain, weight loss and malnutrition. A new study from McMaster University in Canada revealed that fecal matter transplantation may be a useful tool in the fight against UC.

A study published in the Inflammatory Bowel Diseases found that UC can be controlled by the type of bacteria that inhabits the gut. Lead researcher Elena Verdu, associate professor of medicine, said, "Our animal research provides insight that selected bacterial groups, involved in gut health, are important for protecting the colon against injury and inflammation."

Another study published in the Gastroenterology explored the safety and efficacy of fecal microbiota transplantation (FMT), which involves transplanting gut fecal bacteria from healthy people into patients with UC. The study said, "FMT induces remission in a significantly greater percentage of patients with active UC than placebo."


The effect of fecal transplant is dependent on the sort of bacteria that is in the donor stool, which fits with the observations of Verdu's animal study. The research team recruited 75 patients with a flare up of their UC and randomized them to fecal transplant therapy given as an enema derived from stool donated by an anonymous healthy donor once per week for six weeks, or a placebo consisting of a water enema. The researchers found 24% participants were in remission in the fecal transplant group compared to 5% in the placebo group.

Study Identifies Genetic Factors Involved in Pediatric Ulcerative Colitis
A team including UCLA researchers have discovered the interplay of several genetic factors that may be involved in the development of early-onset ulcerative colitis, a severe type of inflammatory bowel disease.
READ MORE 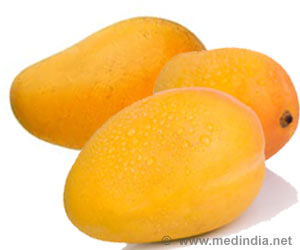 New Study Explores Effects of Exercise on Ulcerative Colitis
A recent study conducted by scientists has indicated that aerobic exercise can be a boon or a bane for patients of ulcerative colitis, depending on how it is undertaken.
READ MORE