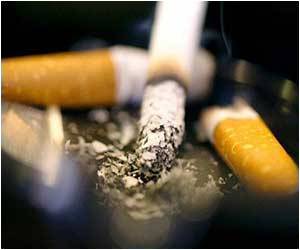 The Food and Drug Administration (FDA) so far has taken many important steps to protect the public from tobacco products, says Lawrence Deyton, M.S.P.H., M.D., director of FDA Center for Tobacco Products.

These steps include establishing a scientific advisory committee for the center and its work, imposing a ban on flavored cigarettes, requiring lists of ingredients in tobacco products from manufacturers, and more. Deyton said Congress can rest assured the agency will continue to meet expectations set in the law, which gives the FDA the authority to regulate all advertising, marketing and manufacturing of tobacco products.

In addition, panelists agreed that a greater focus and investment in scientific research on tobacco will be at the heart of the agency's continued success, especially when considering that tobacco use causes 30 percent of all cancer deaths, and is causally linked to 18 different cancers throughout the body.


The challenges of implementing the historic law mean new opportunities and responsibilities for the nicotine and tobacco research community, Deyton emphasized. In addition, the FDA will rely upon the research community to provide the agency with the evidence base needed to guide regulatory approaches and evaluate the impact of new policies.

Cancer, is the second most leading cause of death worldwide. Cancer is not just one disease but many diseases. There are more than 100 different types of cancer. Take this quiz on and test how much you know about cancer.
Advertisement
Robert T. Croyle, Ph.D., director of the division of cancer control and population sciences at the National Cancer Institute (NCI), led a discussion of the federal efforts to address the FDA's research needs. Croyle stressed the multi-faceted nature of the tobacco problem and the need for close collaboration between the research community and the FDA to ensure that scientific discovery keeps pace with the FDA's progress.

Roy S. Herbst, M.D., Ph.D., chair of the AACR's Task Force on Tobacco and Cancer and chief of medical oncology at Yale University, discussed some of the 72 Task Force recommendations published in a comprehensive policy statement on tobacco and cancer in the April 2010 issue of Cancer Research, a journal of the AACR. Herbst discussed his experiences working in a clinic to treat lung cancer patients.

"Given that there is no known safe form of tobacco, the AACR stands ready to do everything in its power to support the FDA as it implements the law," said Margaret Foti, Ph.D., M.D. (h.c.), chief executive officer of the AACR and moderator of the briefing. "With the continued dedication of Congress and first-rate leadership of officials like Drs. Deyton and Croyle, I am convinced that together we can combat this preventable epidemic and someday realize a tobacco-free world."

Leading Republican sponsor of the Tobacco Control Act, Rep. Todd Platts, R-Penn., also made remarks at the briefing, praising the FDA for its enormous undertaking. He expressed his appreciation to the federal agencies, the AACR and all stakeholders working to eliminate tobacco use. Platts was an honorary congressional sponsor of the briefing, along with Rep. Rosa DeLauro, D-Conn., and Sen. Frank Lautenberg, D-N.J., also both cosponsors of the law.

This event was the second AACR-led congressional briefing held this month focusing on tobacco the leading cause of premature death, taking the lives of 443,000 Americans every year. An AACR briefing on March 1 featured U.S. Surgeon General Regina Benjamin, M.D., M.B.A., who spoke about her recent report on how tobacco smoke causes disease.

Every cigarette you smoke is causing irreversible damage to your body; slowly killing you from the inside. It also endangers those around you, your family and children.
Advertisement
<< Chronic Widespread Pain Linked to Traffic Accidents: Study
Peanut Allergy Claims the Life of 13-year Old >>

Accident and Trauma Care Diaphragmatic Hernia Blood Donation - Recipients Sanatogen Find a Hospital How to Reduce School Bag Weight - Simple Tips Drug Side Effects Calculator A-Z Drug Brands in India Sinopril (2mg) (Lacidipine) Loram (2 mg) (Lorazepam)
This site uses cookies to deliver our services.By using our site, you acknowledge that you have read and understand our Cookie Policy, Privacy Policy, and our Terms of Use  Ok, Got it. Close
×