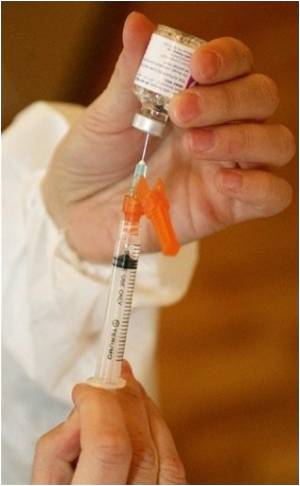 FDA on Friday approved the first new treatment for hepatitis C in more than a decade, a Merck pharmaceutical known as Victrelis, to be taken with the current two-drug regimen.

Also known as boceprevir, the drug is a protease inhibitor that prevents the liver-disease causing virus from multiplying and studies have shown it "significantly" boosts recovery rates, the Food and Drug Administration said.

It received unanimous support last month from an 18-member panel of experts who advise the FDA on whether new drugs should be brought to market.


"Victrelis is an important new advance for patients with hepatitis C," said Edward Cox, of the FDA's Center for Drug Evaluation and Research.

"This new medication provides an effective treatment for a serious disease, and offers a greater chance of cure for some patients' hepatitis C infection compared to currently available therapy."

How many of us know that the liver is a vital organ the size of an American Football? To understand more about the liver and its functions spend a few minutes taking part in this quiz.
Advertisement
The existing two-drug treatment of pegylated interferon and ribavirin for genotype 1 chronic hepatitis C was approved by US regulators in 1998.

Doctors reviewing studies on the boceprevir last month as part of an FDA advisory panel said it would greatly improve the cure rate for hepatitis C, a liver disease that affects about 180 million people worldwide.

Currently only about half of patients are helped by drug therapy.

Victrelis was evaluated in a pair of phase III clinical trials with 1,500 adult patients, and both showed that two-thirds of patients who took the three drug combination had no detectable virus in their blood 24 weeks later.

Most people infected with hepatitis C live symptom-free for years, but once it is discovered it is often too late for it to respond to the two-drug treatment.

In the past the disease could be spread through contact with infected blood products, and is still contracted by drug users sharing needles, or straws during the use of cocaine, or by unprotected sex with a sufferer.

Liver is the largest organ inside the human body. It performs 500 different functions and processes 720 liters of blood per day. The important functions of the liver, the development of liver cancer and it's symptoms are presented in this interactive.
Advertisement
<< Users of Cannabis Scoff at Mental Health Risks
Gene Linked To Common Birth Defects Identified >>