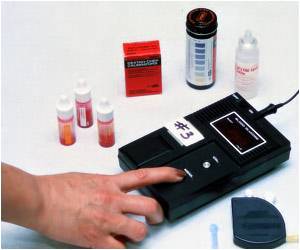 Tandem Diabetes Care, a medical device company, on Monday announced that the U.S. Food and Drug Administration (FDA) has granted the clearance to market the t:flex Insulin Pump.

At 480 units, the insulin reservoir of the t:flex Pump has the largest capacity currently available in the United States.

"In recognizing that one size does not fit all, the t:flex Pump was developed using Tandem's proprietary technology platform to bring t:slim's benefits to people with greater insulin needs. This first expansion of our product portfolio reflects our ongoing commitment to deliver user-friendly products that address unmet needs in the diabetes community," said Kim Blickenstaff, President and Chief Executive Officer of Tandem Diabetes Care.


People with diabetes require different amounts of insulin based on their level of insulin sensitivity. The t:flex is designed for people who require more than 100 units of U-100 insulin per day. The pump offers people with greater insulin needs the benefits of pump therapy without the frequent reservoir changes required by 200- and 300-unit capacity pumps. It incorporates the same slim design, advanced Micro-Delivery technology, and simple-to-use, touch-screen interface as the t:slim Insulin Pump.
Advertisement
The t:flex is expected to launch in the US in the second quarter of 2015.

Insulin Hormone
Insulin is a natural hormone that controls our blood sugar. Learn about types of insulin and devices...