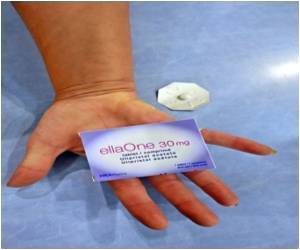 A US regulatory agency on Friday approved an emergency contraceptive pill that can prevent pregnancy if taken up to five days after unprotected sex.

The Food and Drug Administration said it granted approval for the drug, called ella, after two phase III clinical trials that "provided compelling data on efficacy and sufficient information on safety."

Interesting information about the use of birth control pills, a debate about the birth control responsibility of men and women and development of hypothetical male contraceptive pill.
Advertisement

The drug, manufactured by French firm HRA Pharma, successfully "prevents pregnancy when taken orally within 120 hours (five days) after a contraceptive failure or unprotected intercourse," the FDA said in a statement.


"It is not intended for routine use as a contraceptive," the agency added.

The drug works by inhibiting or delaying ovulation, and has side effects similar to other emergency contraceptives already on the market, such as Plan B, which prevents pregnancy if taken within 72 hours after intercourse.

The drug's approval followed a positive recommendation by an FDA advisory committee on June 17.

The drug has been available in Europe since May 2009, under the name ellaOne, and will be distributed into the United States by New Jersey-based Watson Pharma Inc.

Birth Control Implant is a long-acting birth control contraceptive inserted into the arm. It is a safe and ...

Oral contraceptive or birth control pills contain hormones that prevent pregnancy. It is one of the most ...