Here's How Fatty Food Like Margarine Can Cause Inflammatory Bowel Disease 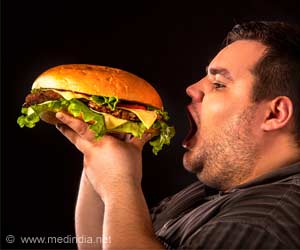 Cholesterol metabolites called oxysterols cause specific immune cells in the large intestine to trigger inflammatory bowel disease. This may pave treatment strategies for the disease.

Inflammatory bowel disease is a common and severe disease that has no cure. Normally, the immune cells of the gut accumulate and communicate with each other in the lymphoid tissue. But, for those who have autoimmune inflammatory bowel disease, such as ulcerative colitis, the lymphoid tissue can react to the body's own cells and cause chronic inflammation.


"We have discovered that ILCs use a surface protein called GPR183 to sense the oxysterols, which attracts ILCs to specific sites in the large intestine where lymphoid tissue is formed," says Tim Willinger, a researcher at Karolinska Institutet's Department of Medicine in Huddinge, who has led the study.
Advertisement
"Our findings are relevant to humans because inflammatory lymphoid tissue contributes to tissue damage in inflammatory bowel disease. We have discovered that patients with ulcerative colitis have higher levels of oxysterol-producing enzymes than healthy controls. The results indicate that oxysterols and GPR183 are involved in ulcerative colitis," he says.

One way to treat inflammatory bowel disease could, therefore, be to attempt to inhibit GPR183 or oxysterol production. "This treatment option is attractive because GPR183 belongs to a group of molecules that are excellent targets for drug treatment," says Dr Willinger.

Gut Microbiome in Synchrony With Symptoms of Inflammatory Bowel Disease
The gut microbiome of people with inflammatory bowel disease differs from that of healthy patients ....

Soy Protein May Ease Severity of Inflammatory Bowel Disease
Supplementing 12% soy-protein concentrate reduced swelling of the spleen in the mice with induced .....