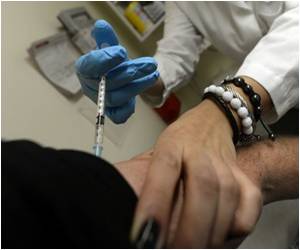 A compound derived from fats present in fish oils was found to prevent death in influenza-virus-infected mice, say researchers. The study offers a promising strategy for the treatment of patients with severe influenza virus infections.

"Given the potential for future lethal pandemics, effective drugs are needed for the treatment of severe influenza, such as that caused by H5N1 viruses," says senior study author Yumiko Imai of Akita University. "We have identified a novel therapeutic target for the treatment of severe influenza that is effective under conditions where known antiviral drugs fail to protect from death."

Currently available antiviral drugs inhibit influenza virus replication, but they are not typically effective when given to patients as little as 2 days after infection. In an attempt to discover more effective drug targets for influenza, scientists have recently identified several genes and molecules that are crucial for influenza virus replication. However, until now it was not known whether naturally occurring lipids, such as those derived from omega-3 polyunsaturated fatty acids (PUFAs) found in fish oils, might also be involved in influenza virus infections.


To answer this question, Imai and her team screened for PUFA-derived lipids in influenza-virus-infected human lung cells. When they treated infected cells with these lipids, they found that protectin D1 (PD1) was the most effective at inhibiting the replication of viruses, including H5N1.
Advertisement
In addition, low levels of PD1 in the lungs of influenza-virus-infected mice were associated with severe infection and highly pathogenic viruses, such as H5N1. Treatment with PD1 in combination with an approved antiviral drug improved the survival of influenza-virus-infected mice and prevented death, even when given 2 days after infection. "Our findings suggest that PD1could serve as a biomarker as well as a much needed antiviral drug for severe and lethal influenza virus infections," Imai says.

Quiz on Omega Fatty Acids
Body can't make omega fatty acids but these are essential for good health. So you have to get ......

Omega-3 Fatty Acids Could Prevent Breast Cancer
Regular consumption of oily fish, which is a rich source of omega-3 fatty acids, can slow down the ....