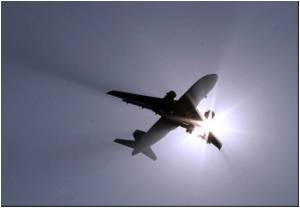 The air traffic controller in the crash of a Lexington, Ky., commuter flight was substantially fatigued when he failed to detect that the plane was on the wrong runway and cleared it for takeoff, Washington State University sleep researchers have determined.

Writing in the journal Accident Analysis and Prevention, the researchers come short of saying his fatigue caused the accident. But they say their findings suggest that mathematical models predicting fatigue could lead to schedules that reduce the risk of accidents by taking advantage of workers' sleep schedules and biological, or circadian, clocks.

In the case of Comair Flight 5191, the air traffic controller was finishing an overnight shift with just two or three hours of sleep the previous afternoon. "He was tired," says Gregory Belenky, a paper co-author and director of the Sleep and Performance Research Center at WSU Spokane, "and he was working a schedule that was not circadian friendly."


The Atlanta-bound Delta Connection flight crashed on takeoff shortly after 6 a.m. on August 27, 2006, killing 49 of the 50 people on board. The National Transportation Safety Board concluded the flight crew failed to detect that the plane was on a general aviation runway half as long as the assigned runway.

Obstructive sleep apnea should be suspected in overweight middle aged adults who snore loudly and which can cause interruption of breathing for 10 seconds or more and this results in reduced blood o
Advertisement
Bluegrass Airport's lone air traffic controller had cleared the plane for takeoff. But the WSU researchers stress that they are not fixing blame for the crash on him, nor can they say if his fatigue was the cause of the accident.

"We're identifying times of day that are relatively more dangerous than other times of day," says Lora Wu, a Sleep and Performance Center research assistant and co-author of the paper. "We're not trying to place blame on any of the individuals involved."

The researchers used a mathematical model to analyze the controller's work history, which consisted of two evening shifts, two day shifts and the overnight shift leading up to the accident. They also incorporated his circadian rhythm, which tends to prime the body for sleep based on the cycles of day and night.

While the controller had 10 hours off before his last shift, says Belenky, his circadian cycle let him get only two or three hours of sleep and, as he told the NTSB, it was "not real good." A body needs closer to eight hours of sleep, says Belenky, to get the brain "back to spec."

As a result, the researchers estimate the controller was performing at 71 percent of his effectiveness at the time of the accident. They lacked the data to make similar estimates for the flight captain and first officer, but note their behavior suggests they were fatigued. This includes boarding and powering up the wrong aircraft at first and doing an incomplete pre-flight briefing.

The challenge of safer, sleep-friendly scheduling extends to all manner of 24/7 operations, including hospitals, policing, the military, mining and energy generation. Currently, says Belenky, operators use rule-based schedules for staffing. But research suggests that real-time data collection might lead the way to more flexible schedules "based on how much sleep people have actually attained, not on your best guess on how much they were likely to have gotten."

Asthenia refers to lack of muscle strength and extreme debility. A healthy lifestyle and early diagnosis can ...

The causes of chronic fatigue are quite diverse, and vary from simple overexertion to heart disease and ...

Information about Chronic fatigue syndrome, or yuppie flu, which is a complex disorder, characterized by ...