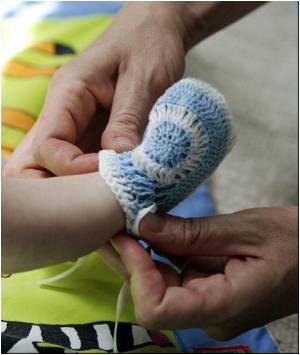 Sukura Muduli a tribal man to eke out a living and provide medicines to his ailing wife sold his two-month-old infant to a woman in Odisha's Malkangiri district for Rs.1,000.

He said after getting the information, his department conducted an inquiry on Saturday and found that the child was given to the ASHA worker.


"After an inquiry, we found that Sukura, who earns his livelihood by cutting trees, has handed over his baby to the ASHA worker. His wife is mentally unstable. The tribal man has denied selling his baby," said Das.

The ASHA worker paid Rs.1,000 to the couple, he said, adding the baby boy was in the possession of the worker.

Highly Stressed Mothers Likelier to Expose Infants to Secondhand Smoke at Home
Mothers with higher levels of social stressors, are least likely to have rules that totally ban ......