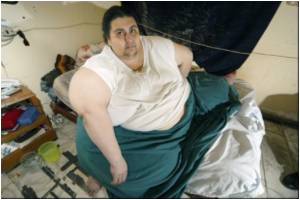 The fat areas of the body are not inert and inactive spots, on the contrary they are quite active and send chemical signals to other parts of the body, elevating risk of diseases like cancer, heart disease and diabetes .

How are Fat Cells Born?

Researchers have used maths to predict how proteins cause the birth of a human fat cell.
Advertisement

Anja Rosenow and colleagues note that excess body fat can contribute to heart disease, diabetes, cancer and other diseases.


Many people once thought that fat cells were inert storage depots for surplus calories.

But studies have established that fat cells can secrete certain hormones and other substances much like other organs in the body.

New research from the University of Cincinnati (UC) suggests cellular changes in fat tissue lead to the 'hyperinflammation' characteristic of obesity-related glucose intolerance and type 2 diabetes,
Advertisement
Among those hormones is leptin, which controls appetite, and adiponectin, which makes the body more sensitive to insulin and controls blood sugar levels.

However, little is known about most of the proteins produced by the billions of fat cells in the adult body.

The scientists identified 80 different proteins produced by the fat cells. These include six new proteins and 20 proteins that have not been previously detected in human fat cells.

The findings could pave the way for a better understanding of the role that hormone-secreting fat cells play in heart disease, diabetes, and other diseases.

The study appears in ACS' monthly Journal of Proteome Research.

Manipulating a cellular process, called autophagy-which has been found to regulate the formation and inter-conversion of white fat cells and brown fat cells in mice-could solve the
Advertisement
Advertisement

Lipid profile or lipid panel is a collection of blood tests that help to calculate the levels of cholesterol, ...